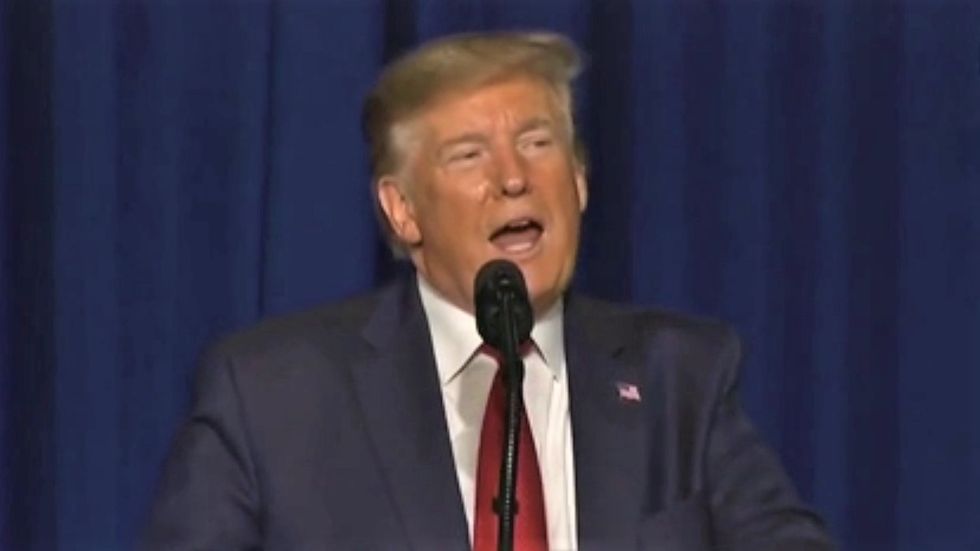 While talking with veterans on Wednesday, President Donald Trump vowed that he would not politicize the event by reciting his 2020 campaign slogan -- and then did it anyway just seconds later.

While addressing the American Veterans National Convention in Louisville, Kentucky, the president made light of the fact that he was not supposed to be using his speech to promote his reelection campaign and was only there to talk about his administration's work on behalf of veterans.

The audience at this point started laughing and then the president twice recited his campaign slogan.