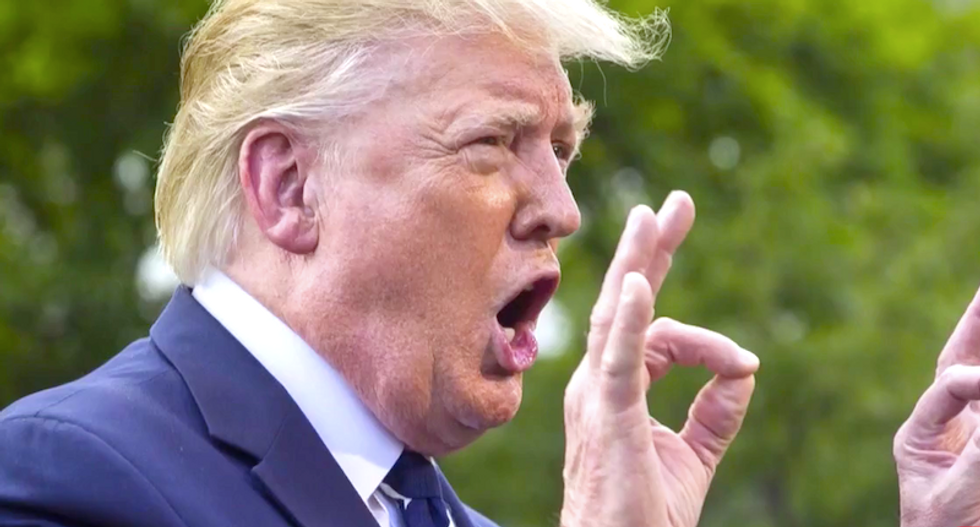 President Donald Trump flipped out on his Federal Reserve chairman after China imposed a new round of tariffs in his ongoing trade war against the economic powerhouse.

The president lashed out at Fed chairman Jerome Powell after he refused to budge on interest rates, and referred to the official he chose as an "enemy" of the United States.

"As usual, the Fed did NOTHING!" Trump raged on Twitter. "It is incredible that they can 'speak' without knowing or asking what I am doing, which will be announced shortly. We have a very strong dollar and a very weak Fed. I will work 'brilliantly' with both, and the U.S. will do great.."

"My only question is, who is our bigger enemy, Jay Powel or Chairman Xi?" the president added, misspelling the Fed chairman's last name. 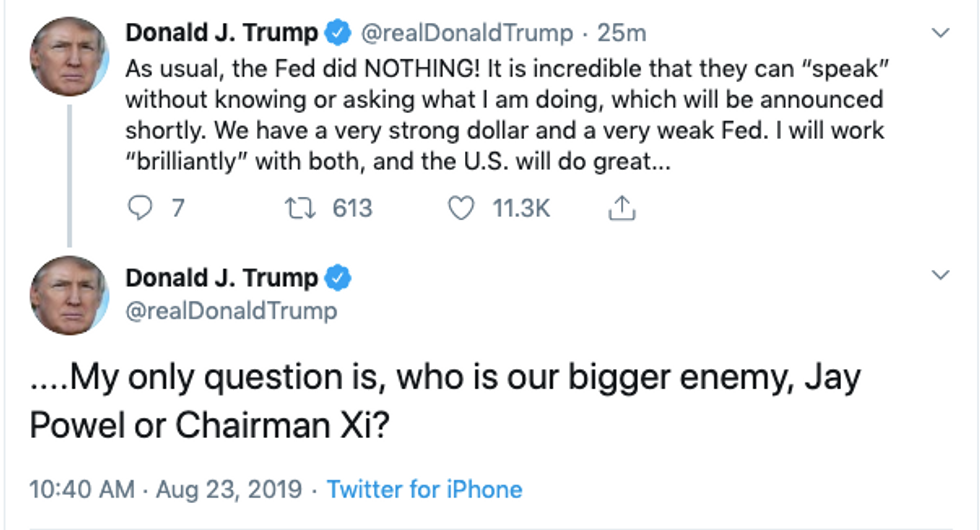