Ken Cuccinelli: The Statue of Liberty poem was talking about 'people coming from Europe' 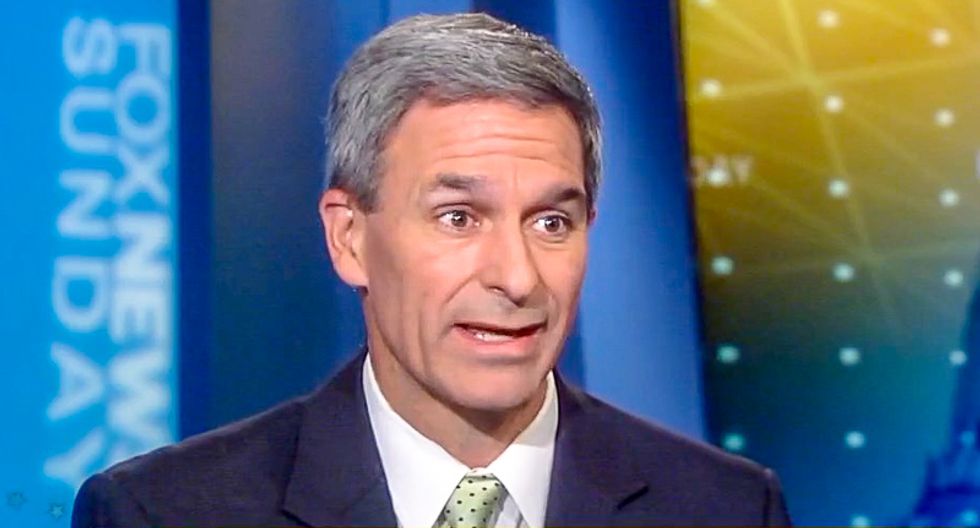 On Tuesday, Acting Director of Citizenship and Immigration Services Ken Cuccinelli defended the Trump administration's new rule barring legal immigrants from public programs by changing the words on the Statue of Liberty's poem.

On CNN's "OutFront," Cuccinelli denied he had done any such thing when anchor Erin Burnett grilled him — and then claimed that the important thing to keep in mind was that the Statue of Liberty was talking about "people coming from Europe."

"You heard me play you this morning when you quoted the Emma Lazarus," said Burnett.

"I wasn't quoting it. I was answering a question," said Cuccinelli.

"I'm sorry you were giving your version of what you thought the poem should say," said Burnett.

"I was answering a question, I'm not rewriting poetry," said Cuccinelli.

"'Give me your tired and poor who can stand on their own two feet and not become a public charge,'" said Burnett. "I played you saying it."

"Right I was answering a question," said Cuccinelli. "I wasn't writing poetry. Don't change the facts. You're twisting this like everybody else in the left has done all day today."

"You're saying it's important to stand your own two feet," said Burnett.

"But the poem doesn't say that, right?" said Burnett.

"I didn't bring up the poem, an NPR reporter did, and now you," said Cuccinelli. "I didn't bring it up. I'll answer substantive intelligent questions. Ask one."

"The poem reads 'Give me your tired, your poor, your huddled masses yearning to breathe free, the wretched refuse of your teeming shore, send these, the homeless, tempest-tost to me, I lift my lamp beside the golden door!'" said Burnett. "Wretched poor refuse. That's what the poem says America is supposed to stand for. So what do you think America stands for?"

"Well, of course, that poem was referred back to people coming from Europe, where they had class-based societies. Where people were considered wretched if they weren't in the right class," said Cuccinelli.