Trump's economic policy is like 'burning all your furniture to heat the house': New York Times columnist 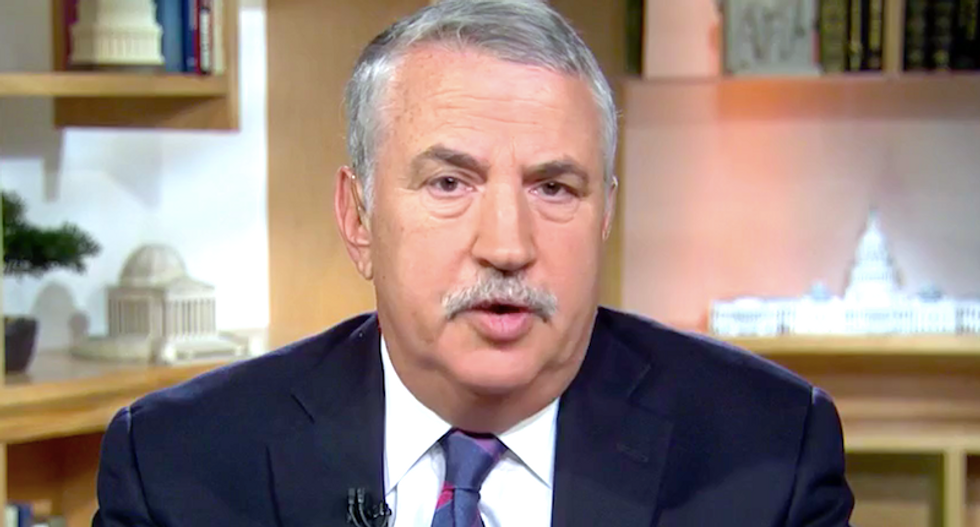 On Wednesday's edition of CNN's "Anderson Cooper 360," New York Times columnist Tom Friedman scorned President Donald Trump's economic policy of endless tax cuts and cheap credit as a cynical ploy to get elected, rather than something in the long-term interest of economic stability.

"You know, look, the party is clearly a cult of personality, it's not a 'party' in any sense that it was before," said Friedman. "What is more conservative than to say that, running up a debt this high and then beating on the Fed to lower interest rates is kind of like burning all your furniture to heat the house, and one day you'll run out of furniture?"

"It's as if Trump wants to absolutely pull out every stop, burn every piece of furniture, to make sure the economy is heated enough to win reelection in 2020, and nothing else matters," said Friedman. "And not only on, again, these financial issues, but Jewish issues, trade issues. He'll say and do anything. I don't know if he's reading polls and going the wrong way, but I don't think you have to be a CNN anchorman or New York Times columnist to watch the president's behavior in the last 30 days and say something really unhinged is going on. That's deeply troubling."