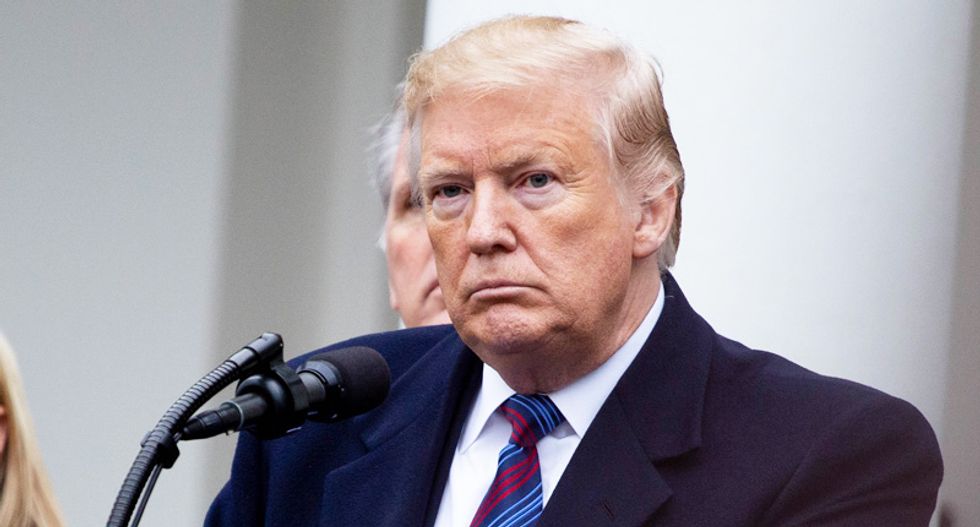 Supporters of Donald Trump are beginning to worry that the president's obsession with the border and immigrants is undermining his overall agenda and may come back to bite him on the butt in the 2020 election.

According to a report at Politico, "Donald Trump’s push to restrict immigration is clashing with policy goals in ways that detractors and even some supporters say could hurt his 2020 reelection bid."

The report notes that Trump's attempts to deal with Iran, oust Venezuelan strongman Nicolas Maduro and even make moves -- if only in words and not deeds -- to pass some type of gun control measure are all suffering as he returns again and again to bashing immigrants.

“Everything you see is about 2020,” explained immigration lawyer and Trump critic David Leopold. “He uses the issue — a very serious policy issue, a complicated policy problem, immigration — he uses it for purely selfish political reasons, to throw red meat to his base.”

According to longtime anti-immigration activist, Mark Krikorian, Trump doesn't have a grand plan and is instinctively falling back on immigration.

“There are both supporters and detractors of his who imagine he’s playing 40-dimensional string theory chess, when in fact he’s just operating from his gut," he told Politico.

Regarding Trump's desire to weaken the Islamist government in Iran, Politico states that his attacks on immigrants are destroying his efforts there.

"Trump’s expressed love for Iranians — he’s called them 'great people'— has been undercut by his decision to include Iranians in his infamous travel ban. Iranian activists point to the travel ban, and Trump’s tighter asylum policies, as evidence Trump doesn’t care about Iranians at all," Politico reports with a spokesperson for a non-profit advocacy group slamming his decision.

“It’s like a slap in the face. The Trump administration is asking Iranians to rise up against their cruel regime, and at the same time they are not allowing them to take safe haven in the United States,” explained Leila Austin, executive director of the Public Affairs Alliance of Iranian Americans.

The report goes on to note that Trump has inserted immigration into the gun debate --wanting to tie legislation to immigration reform -- and shutting down the government in a fit of pique over not getting his border wall funding.

"The costly move angered workers in many industrial sectors, threatening a Republican talking point for 2020 about how well the U.S. economy is doing under Trump," Politico reports.

One Trump critic summed up his nativist rhetoric aimed at firing up his base at the risk of alienating other voters predicting, "I think it’s a terrible move and he’s going to learn that in 2020."