Trump's latest appearances show the president is running on empty -- and now his lies are falling flat: Trump biographer 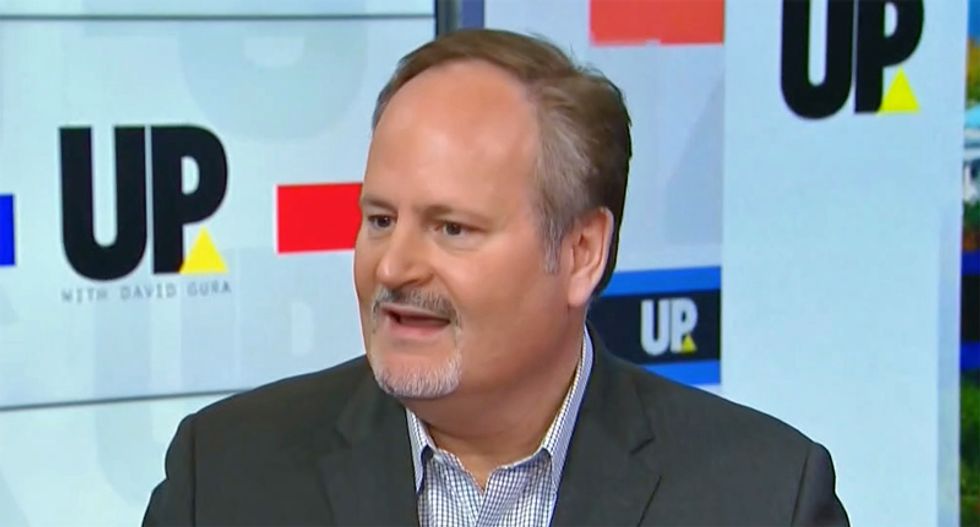 Appearing on MSNBC on Saturday morning, Donald Trump biographer and Bloomberg columnist Tim O'Brien said the president's latest appearances show a man whose schtick isn't playing the way it used to with crowds and may cause him to lose the 2020 election.

Speaking with host David Gura, O'Brien pointed to Trump's appearance before 9/11 first responders --where he lied about his own whereabouts that day -- and his recent rally in Ohio.

"At the first responders event he should have quite properly been focused on the grief and the needs of the first responders who the federal government was saying 'We will finally make you whole' in terms of your medical bills," O'Brien began. "And instead, he began lying about his own involvement with the events of 9/11. He said he was at Ground Zero. and he wasn't and he's been doing this for years."

"The difference now is he's getting held accountable about it because he's president," he added. "But it was this example of him not being empathetic and not being able to get out of his own narcissism and self-referential mode."

"Then you go to Cincinnati and you have him, on a week in which he's been a racist, he's been a xenophobe, horrible on immigration issues, completely ill-informed on trade policy, speaking to a rally in Ohio in which his real challenge isn't just to continue to court his base and hit these same themes that he hit that night about Hillary Clinton's emails and Bob Mueller's witch hunt and immigrants are horrible," he said. "All of those people there were happy to hear that."

"The issue is he needs to turn these swing states and the circumstances that led to his election in 2016 may not be as potent in 2020 and he is only going to pad himself against that if he speaks towards those strategic interests," he explained. "But here's the problem: it's always a mistake to interpret anything Donald Trump does as strategic. He's a visceral animal and he doesn't really get beyond that into a sophisticated strategic take."