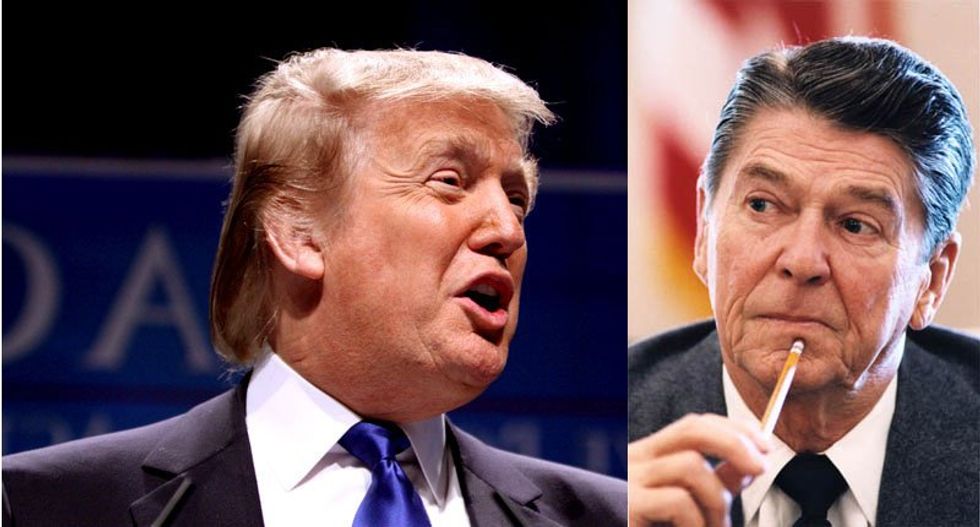 On Saturday morning a deadly serious MSNBC panel took up Donald Trump's increasingly erratic behavior of late, which led one panelist to sincerely suggest the president needs to be evaluated by mental health officials because she believes the White House is covering for him.

Speaking with host David Gura, MSNBC legal analyst Maya Wiley admitted that she is no doctor, but that there are signs of the president's decline that reminded her of how Ronald Reagan's White House hid his Alzheimer's from the public.

"This is the man last week said he was the second coming, the 'chosen one,'" Wiley began. "It is very, very difficult to not have a conversation about whether or not he's competent to serve as president. I say that because there were actually objective measures this week."

"So there's the possibility, of course, he is just a president without a platform and, therefore, he's not going to stick to one position and he's going to waiver based on whoever is influencing him because he doesn't stand for anything," she elaborated. "That's one narrative. The other possibility is, as we saw with Ronald Reagan, who actually did have Alzheimer's and it was kept under wraps. I just don't understand why we not actually ask and have a confrontational conversation about whether or not there's something more going on here with his health, because there are certain statements and behaviors that simply require some analysis because he is the leader -- supposedly the leader of the free world."

"I just want to say that it's both those things, I don't know which one is true," she cautioned. "I'm not making a statement of fact, but this week was a new chapter in bizarre."