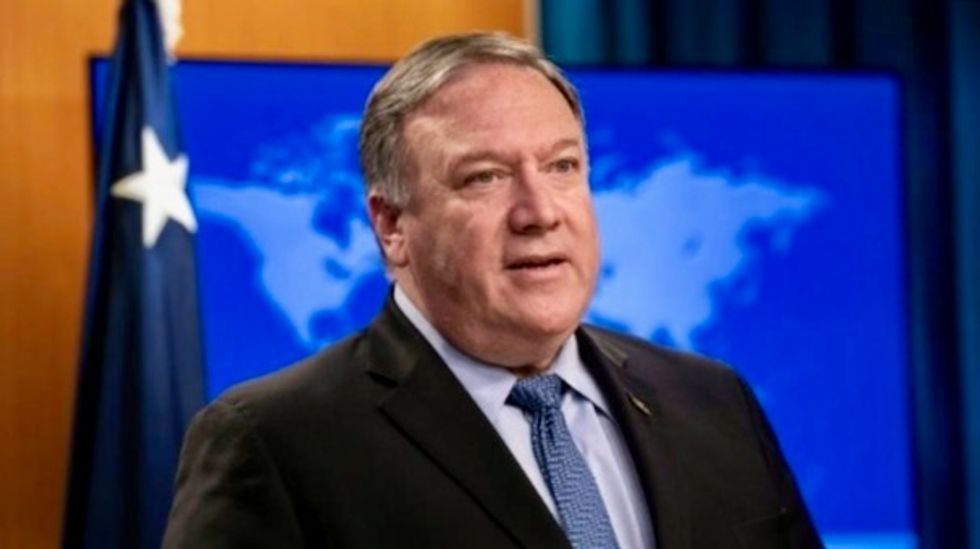 The United States and Russia ripped up a Cold War-era missile pact on Friday in a move that raised the spectre of an arms race between the global superpowers.

The 1987 Intermediate-Range Nuclear Forces (INF) treaty limited the use of medium-range missiles, both conventional and nuclear.

US Secretary of State Mike Pompeo announced Washington's formal withdrawal in a prepared statement at a regional forum in Bangkok, minutes after Russia pronounced the treaty to be "dead".

Both sides had signaled their intention to pull out of the treaty for months, trading accusations of breaking the terms of the deal.

"Russia is solely responsible for the treaty's demise," Pompeo said in a statement issued at an Association of Southeast Asian Nations (ASEAN) foreign ministers' meeting.

Shortly before Pompeo's announcement, Russia's foreign ministry in Moscow said the deal had been terminated at the "at the initiative of the US".

But deputy foreign minister Sergei Ryabkov also urged the US to implement a moratorium on deploying intermediate-range nuclear missiles after leaving the INF.

Washington has for years accused Russia of developing a new type of missile, the 9M729, which it says violates the treaty -- claims that NATO has backed up.

The missile has a range of about 1,500 kilometers (900 miles) according to NATO, though Moscow says it can only travel 480 kilometers.

The INF treaty limits the use of missiles with ranges of 500 to 5,500 kilometres.

"Russia failed to return to full and verified compliance through the destruction of its noncompliant missile system," Pompeo said, referring to the 9M729 ground-launched cruise missile.

The White House launched a six-month withdrawal procedure for leaving the treaty early this year.

Soon after Moscow began its move to pull out, and last month Russian President Vladimir Putin formally suspended its participation.

Signed in 1987 by then US president Ronald Reagan and Soviet leader Mikhail Gorbachev, the INF treaty was considered a cornerstone of the global arms control architecture.

But the United States said the pact had given other countries -- namely China -- free rein to develop its own long-range missiles and has accused Russia of repeated violations.

US-China tensions -- mainly over trade and maritime disputes -- have been centre stage at the ASEAN meeting in Bangkok this week, where Pompeo has pedaled Washington's "Indo-Pacific" strategy to counter Beijing's economic and military might in Asia.

Pompeo said Friday the US was "seeking a new era of arms control that moves beyond the bilateral treaties of the past", calling on Beijing to join discussions.

"The United States calls upon Russia and China to join us in this opportunity to deliver real security results to our nations and the entire world."

The INF deal was seen as one of two key arms deals between Russia and the US -- the other being the New START treaty, which keeps the nuclear arsenals of both countries well below their Cold War peak.

That deal expires in 2021 and there appears to be little political will from Moscow or Washington to renew it.

China has already rebuffed calls from the US to join the New START treaty in the future.

The demise of the INF has sparked fears of a new era of weapons development between the heavyweights.

Putin last year announced plans to develop new weapons, including a medium-range land-based missile and a land-based version of the Kalibr missiles that have already successfully been used by the navy and tested in Syria.

The US and Russia own more than 90 percent of global nuclear stockpiles, according to the Council on Foreign Relations.

"The end of the treaty could spark a new nuclear arms race," it said.