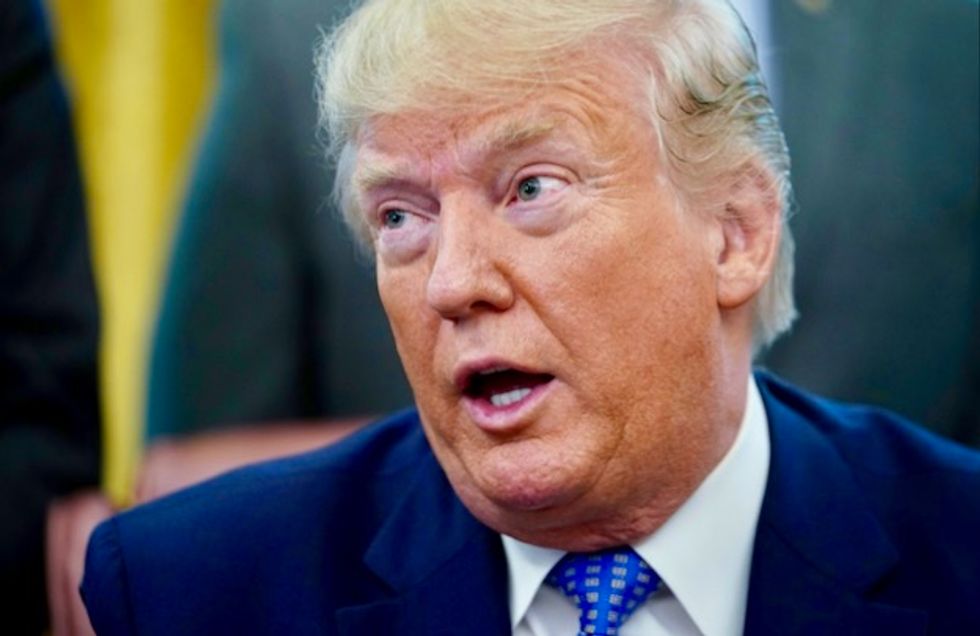 President Donald Trump announced Thursday he will hit China with punitive tariffs on another $300 billion in goods, escalating the trade war after accusing Beijing of reneging on more promises.

The 10 percent duties will take effect September 1, and come on top of the 25 percent tariffs on $250 billion in imports -- meaning Trump now has targeted virtually all of the $500 billion in goods America buys from China every year.

Trump said on Twitter that Beijing had agreed "to buy agricultural product from the US in large quantities but did not do so."

"Additionally, my friend President Xi said that he would stop the sale of fentanyl to the United States -- this never happened, and many Americans continue to die!" Trump said, referring to the highly potent and addictive opioid.

After resuming face-to-face talks in Shanghai this week, trade negotiators were set reconvene in Washington in early September for another round of discussions, just after the new tariffs are put in place.

Wall Street dove into the red following Trump's announcement, with the Dow Jones Industrial Average down 0.6 percent toward 1800 GMT.

Even so, Trump seemed upbeat: "We look forward to continuing our positive dialogue with China on a comprehensive Trade Deal, and feel that the future between our two countries will be a very bright one!"

US-China trade talks this year have alternated between progress and disaster, appearing to collapse in May only to be revived two months later after a meeting in Japan between Trump and Xi Jinping, his Chinese counterpart.

American officials accused Beijing of reneging on core commitments they had previously made during the talks.

Economists say the trade war has increasingly undermined the global manufacturing sector and sapped business sentiment, threatening the global economy at a time when it is already on the wane.