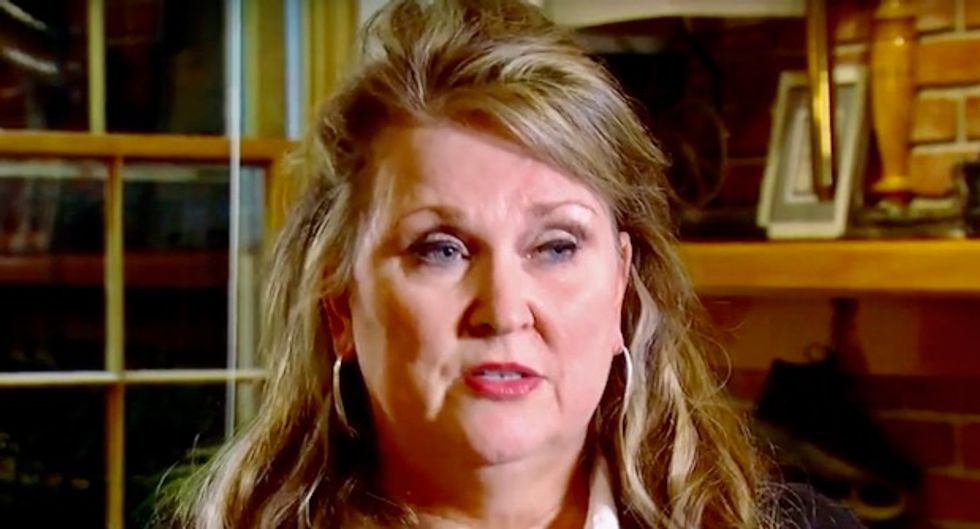 An Ohio state lawmaker who blamed a mass shooting in Dayton that left nine people dead is being urged to resign by the state’s Republican party leader.

Ohio GOP Chairwoman Jane Timken called Republican Rep. Candice Keller’s Facebook screed “shocking and utterly unjustifiable,” while observing that the nation is in “utter shock over the acts of violence in El Paso and Dayton.” Timken’s spokesperson says she “is calling for Candice Keller to resign,” WHIO reports.

Rep. Keller had taken to Facebook to blast “liberals” for starting “the blame game.”

“Why not place the blame where it belongs?” she wrote.

Timken was only too happy to list what she thinks is the cause of mass shootings: “the breakdown of the traditional American family (thank you, transgender, homosexual marriage, and drag queen advocates); fatherlessness, a subject no one discusses or believes is relevant; the ignoring of violent video games; the relaxing of laws against criminals (open borders); the acceptance of recreational marijuana; failed school policies (hello, parents who defend misbehaving students): disrespect to law enforcement(thank you, Obama); the Dem Congress, many members whom are open anti-Semitic; the culture, which totally ignores the importance of God and the church (until they elect a President); state officeholders, who have no interest whatsoever in learning about our Constitution and the Second Amendment; and snowflakes, who can’t accept a duly-elected President.”

On her website Keller writes, “I hold memberships with the NRA, United States Conceal Carry Association, and Buckeye Firearms Association. I am a member committed to protecting the right to gun ownership. I come from a hunting family; I am a gun-owner and I carry concealed. I believe the right to individual gun ownership is a key constitutional right so important to our founders; it was placed in a prominent position in the Bill of Rights. I will always be a consistent and unwavering supporter of the 2nd amendment right to keep and bear arms.”