Voters are fleeing Trump because they're 'exhausted' by his daily melodrama: CNN panel 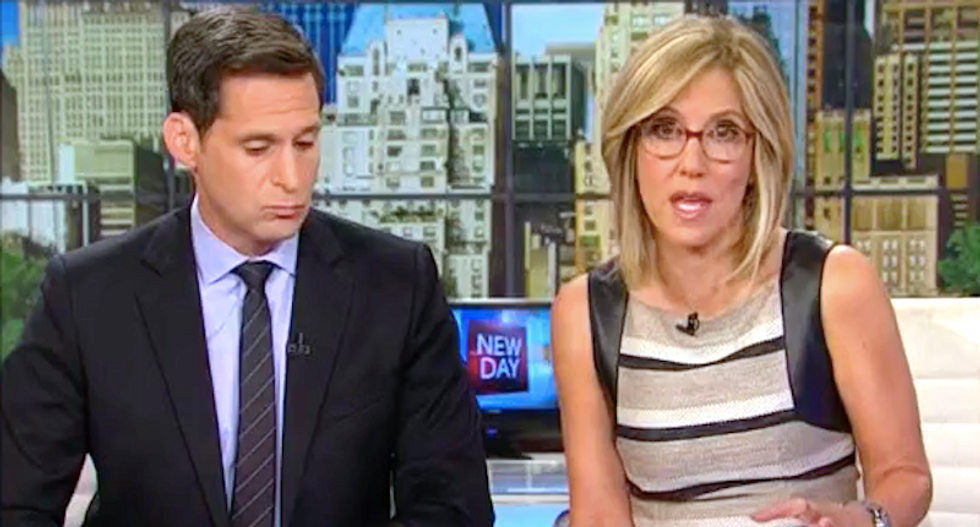 Taking a look at report that President Donald Trump is increasingly attempting to push through initiatives so he has something to run on in the 2020 election, a CNN panel dug into his flurry of tweets about pretty much anything, leading one panel member to say voters are turning on him out of sheer exhaustion.

Speaking with hosts John Berman and Alisyn Camerota, New York Times columnist Frank Bruni said Trump voters turned to him in 2016 because they were tired of Washington politics, but now he has brought his squabbles with the so-called "swamp" into their lives every day with his manic tweeting.

Leaping from a column in the Times where he wrote, "Americans of all persuasions recognize melodrama when it keeps smacking them in the head, and he [Trump] has manufactured a bruising degree of it," Bruni elaborated.

"I think voters are exhausted with melodrama," Bruni explained. "There are a lot of things Trump can blame on other people but you can't put the melodrama on Democrats' doorsteps. You can't blame that on fake news."

"You just have to go to his Twitter account and look at the volume and vitriol of what he tweets," he added. "People elected Trump, many of those who did, because they don't like politics, they don't like Washington and now it's all they hear about all the time. Basically it's ambient."

"I think people are tired of it and I think they realize that, however you align or don't align with him ideologically, this is a degree of constant turmoil, that can't be good for the country and is not good for themselves," he continued. "They don't like living like this with all of the drama around him all of the time."