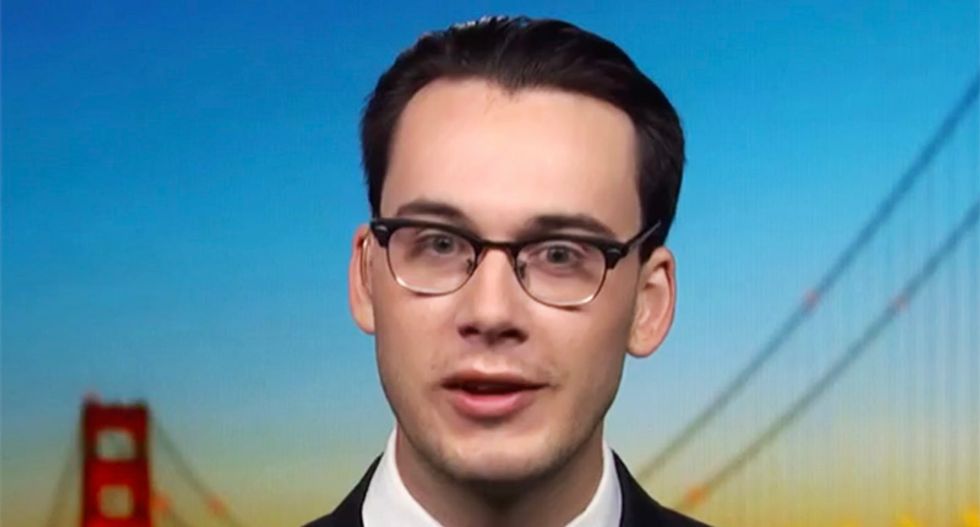 In an interview with CNN's John Berman, a Walmart employee who was behind a walkout by sales associates opposing the company selling guns said many employees are balking at calling for the ban over fear for their jobs.

According to Walmart employee Thomas Marshall, who was a prime mover of the walkout as well as a petition signed by over 42,000 asking the company to stop selling guns, he was locked out of all company systems on Tuesday after pushing the company to make major changes.

"What we're asking really, our main reach, is that we would like Walmart to stop the sale of all firearms and ammunition," Marshall explained. "In addition to that we would like WALPAC, Walmart’s PAC to stop donating to NRA-ANA plus politicians as well as to ban the concealed and open-carry of weapons on company property and in stores."

Marshall did praise the company for previously banning the sale of assault-type weapons and raising the purchase age from 18 to 21, but expressed hope they would get out of the gun business completely.

Asked about how the company responded to his demands and the walkout, he said he was briefly "fired" but then the company backed off.

"I very much enjoy working for this company, it's a company that has always valued the input of associates since its founding and so I truly hope that that response when it comes is taken into consideration our point of view as well," he told the CNN host before being asked about his own job security.

"I've already faced repercussions from this immediately on Tuesday once we started going public with this," he remarked. "My access was completely revoked from all company systems. My laptop was pretty much made useless, so I was fired without -- I was not able to do the job without being fired technically, but as soon as that hit the press, we very much tried to get that out in the public, they immediately recanted on that and came up with a reason why they would have done that and then granted my access back again."

"Sadly a lot of employees have very afraid of retaliation and damaging the reputation within the company, not able to get promotions," he continued. "So a lot of people have expressed that they agree with us, they feel the same way but they've all been coming to me in private saying they don't feel they are able to come out in public to support this because they are really afraid of retaliation from Walmart."

"Just to be clear, you have a job as of this morning your access has been fully restored?" Berman asked.

"Yes, because legally I have not done anything wrong, and it would have been, you know, against the 1st Amendment for them to punish me for speaking out especially for organizing at work," Marshall replied. "You know, as Americans, we are very much protected to organize and protest at work."