WATCH: Dayton mayor thinks Trump doesn't even 'knows what he believes' when it comes to guns 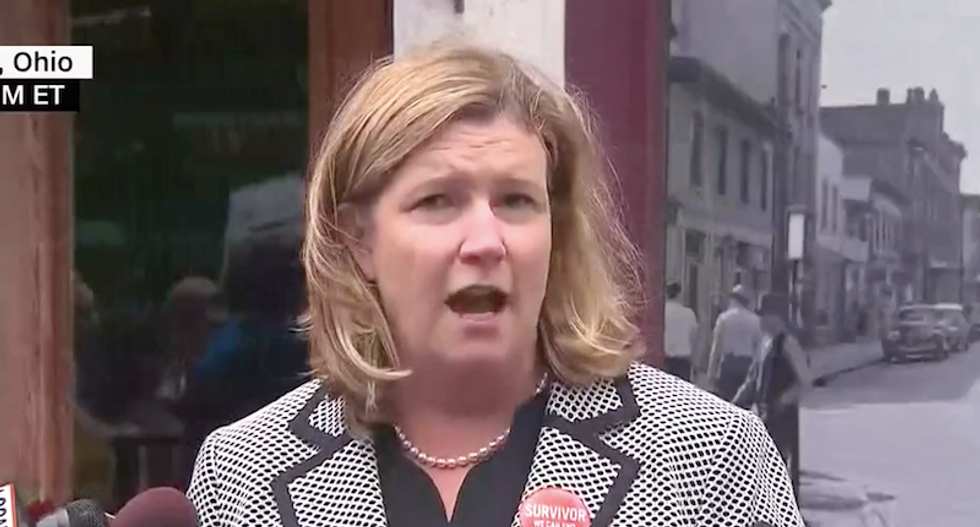 On Tuesday, Dayton Mayor Nan Whaley held a press conference in the aftermath of a deadly mass shooting -- the second one in one weekend.

Whaley once again criticized the president, saying that she was disappointed in Trump's remarks about the shooting. She said that he’d failed to offer any significant proposals to regulate guns. She also voiced her displeasure that the President had initially mistaken Dayton for Toledo.

"I think, you know, watching the president over the past few years on the issue of guns he's been -- I don't know if he knows what he believes, frankly," she said.

A reporter prodded her about the president confusing Dayton and Toledo.

"My immediate reaction is that people from the coast never understand Ohio and they think all Ohio cities are the same. It's an exhausting issue that we have all the time," she added.

"You know, if we had people from power centers really invest and pay attention to our communities, we'd all be better off."