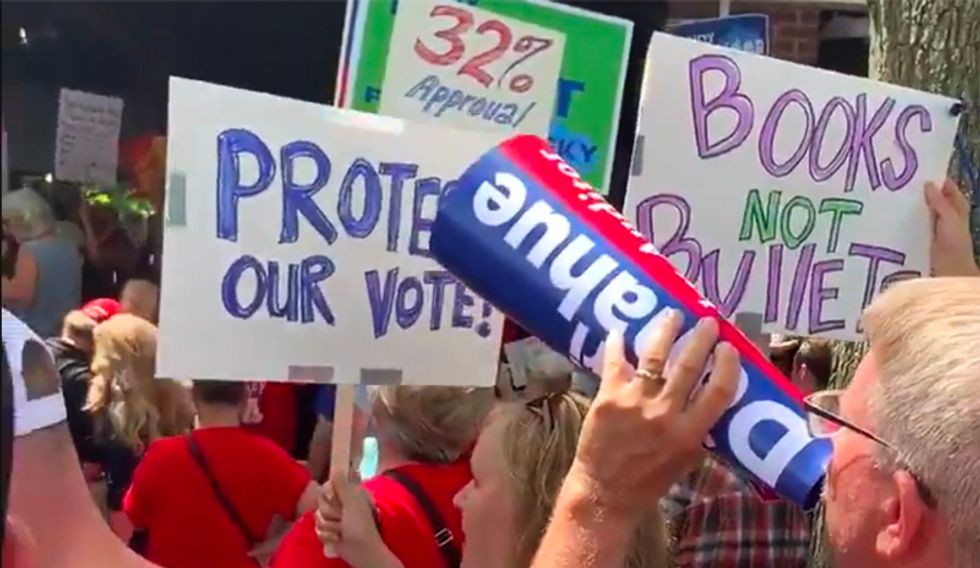 Senate Majority Leader Mitch McConnell (R-KY) continued to be dogged by the nickname "Moscow Mitch" at a speaking appearance in Kentucky on Saturday, as protestors chanted the name and overwhelmed him.

In a video posted to Twitter, the embattled Republican can be heard attempting to address the crowd over loud chants of "Moscow Mitch" in reference to his decision to shut down two Senate bills aimed at slowing down Russian meddling in U.S. elections.