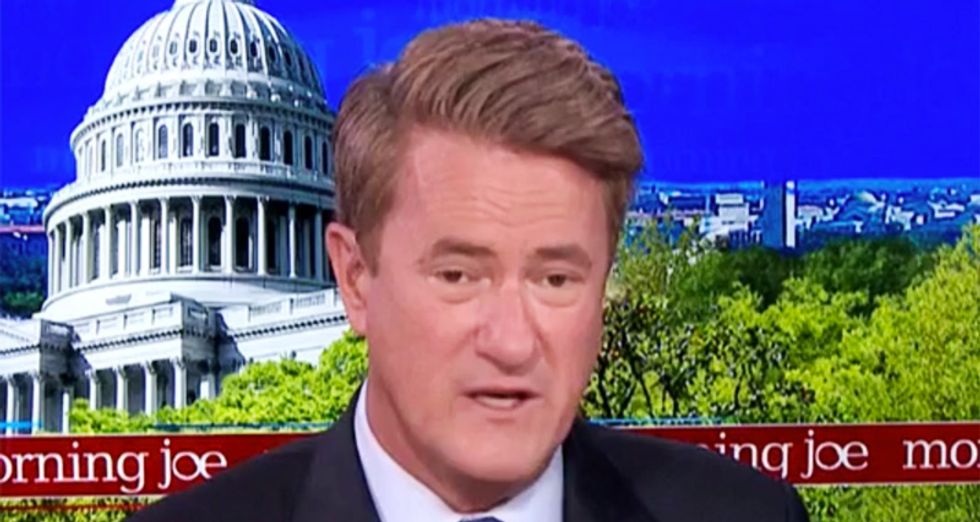 "Morning Joe" host Joe Scarborough ripped into both Attorney General Bill Barr and Donald Trump on Monday morning for not taking extraordinary measures to make sure that convicted pedophile Jeffrey Epstein didn't kill himself while being held in federal custody of human trafficking charges.

Addressing the multiple failures at the Metropolitan Correctional Center where Epstein was being held, the MSNBC host said the blame for not preventing the wealth manager's suicide goes right to the top.

"If you're the attorney general of the United States and they're holding the most important prisoner in the world as far as testimony goes, you're going to say, keep your eyes on him 24/7," Scarborough ranted. "It's pretty interesting that [9/11 attack architect] Khalid Sheikh Mohammed is still alive today. The United States government managed to keep Khalid Sheikh Mohammed alive. They managed to keep alive terrorists or terror suspects that they needed to testify or they needed information for the September 11th attacks alive."

"That wasn't that difficult and here, again, you're talking about a man who had information on some of the most powerful people in this country over the past quarter-century and you can't keep him alive?" he complained. "I mean, the attorney general should have bent over backwards given Donald Trump's own past with Jeffrey Epstein, his own relationship with Jeffrey Epstein."