When things aren't going well -- Trump promotes his superiority 'as a near deity': Trump biographer 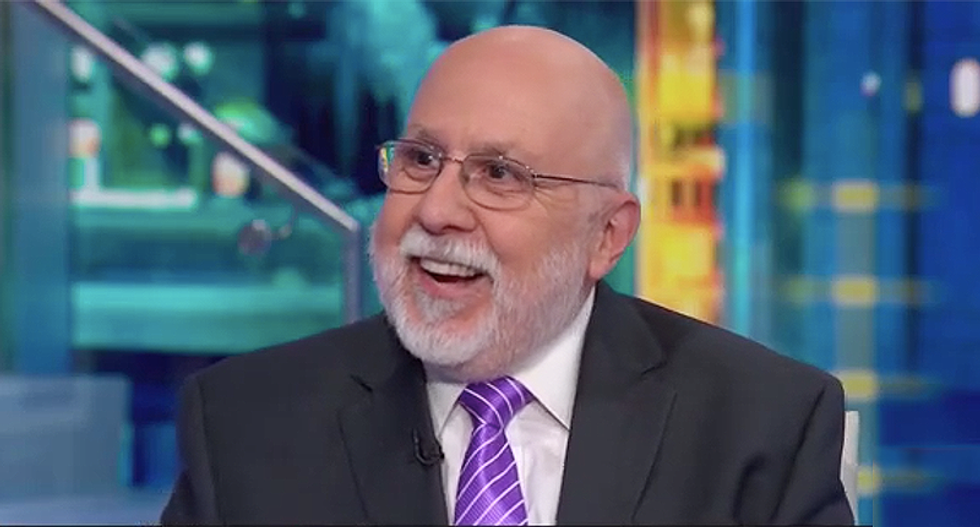 A panel discussion with CNN host Don Lemon chuckled at the idea that President Donald Trump likely practiced in the mirror talking about himself as "the chosen one."

Michael D'Antonio, author of The Truth About Trump, explained that Trump's most significant "tell" that he's lying is when he gestures wildly.

"Whenever the president gestures wildly, the more he gestures, the more you know that he's lying and that he's trying to sell you something," the Trump biographer said. "So all day long today he was gesturing wildly. He was looking up to the lord. He was using his hands in an extreme manner. And that's his tell. That means that he's manipulating us and lying."

Along with concerning body language, Trump gestured toward the heavens and called himself "the chosen one."

"Well, it is another level," D'Antonio said about Trump's breakdown. "But I think this is the secret voice that's inside of him. He does think of himself as a near deity. He imagines he's a very stable genius. When things are tough for him, he actually retrenches to this automatic pressing of his superiority, his dominance over the news cycle in this case. You know, he got up this morning, and I think he decided he was going to be talked about all day long by just about everybody, and it turns out that he was talked about all day long by just about everybody."

"How many times do you think he practiced that?" Lemon asked.

"Oh, I think, you know, first he had to write the line 'I'm the chosen one,' and then he had to practice it," D'Antonio laughed. "He probably had Ivanka come in and critique and tell him how it looked. She said, 'It looks terrific, Daddy.' This is absurd. To quote the prime minister of Denmark, this is absurd. This is an absurd man. "

He explained that he thinks Trump is more about making a play for his evangelical base. That base, D'Antonio explained, has "fetishized Israel," which is necessary to bring about the apocalypse that right-wing evangelicals want.

"He was making a play for the evangelical base, which has fetishized Israel and has done a complete 180 from -- regarding Israel -- to necessary as armageddon and planning on them being wiped out in the war that will end civilization, to embracing Israel, and saying we're also like the Jews," D'Antonio went on. "'We evangelicals are like the Jews, and we're with you.' And the last thing that I think is really notable."