‘White nationalist president’ is a threat to America: MSNBC guest says the US can’t wait for 2020 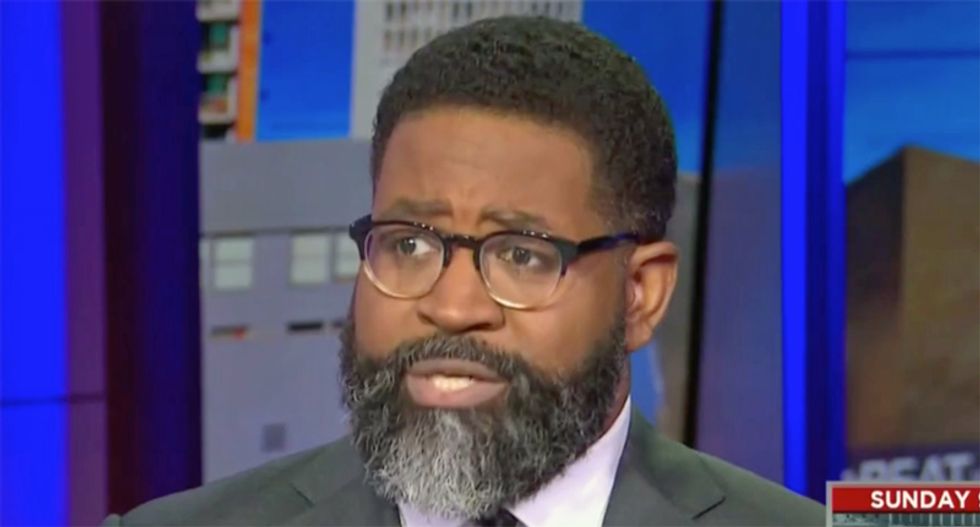 It is "untenable" for President Donald Trump to remain in office through the 2020 election, a guest on MSNBC explained on Friday.

Melber played a clip of a Trump supporter violently attacking a protester at Trump's Thursday night campaign rally in Ohio.

"What do you see as coming to a head here?" Melber asked.

"We’re seeing it continuing to spread throughout the country and really it’s going to manifest itself not just in this kind of one-off violence maybe outside of his rallies but also what you’re going to see outside of potentially voting sites and voter intimidation," he warned. "We see him using our communities really for electoral fodder."

"In a country where white supremacist violence is amongst the top terroristic threats, it’s really, really dangerous to have a white nationalist president. It’s untenable," he suggested.

When you have a president who has not only committed crimes we can recognize -- obstruction of justice amongst other crimes alleged or even proven -- and now we also know that he’s a white nationalist in a country where white supremacist violence is amongst the top terroristic threats, how can you stand idle and say we’re going to wait for the voters to take him out in 2020?" Smith wondered. "How can you stand idle and think we’re going to have a fair election at all?"