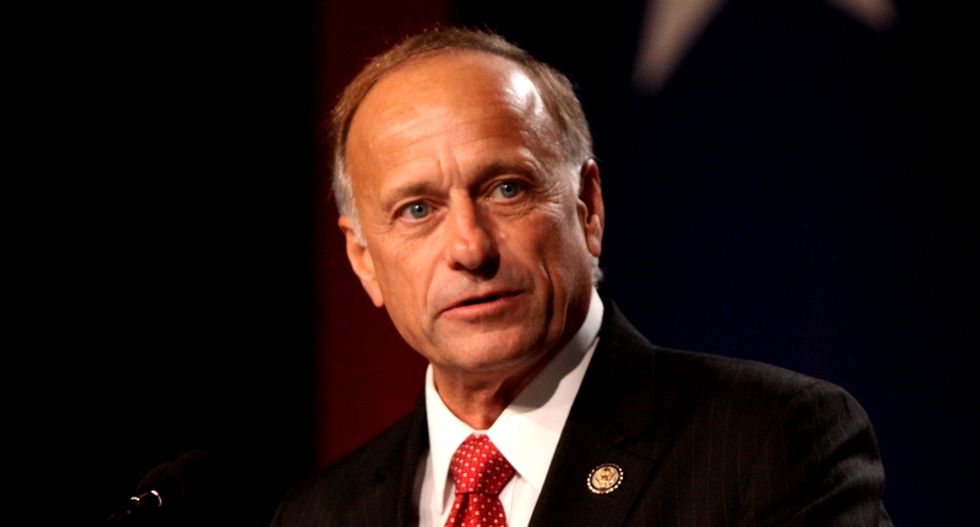 The suggestion from Rep. Steve King (R-IA) that rape and incest victims should be forced to carry pregnancies to term because it increases the birthrate has led to furious criticism from both sides of the aisle. One of the many to criticize him was Sen. Cory Booker (D-NJ), who is running for president.

On Thursday, King hit back at Cory Booker, casting himself as a champion of minorities for his stance on abortion:

Quite aside from the issue of King accusing a black senator of hating minorities, this is a bit of an odd argument coming from a congressman with an extensive history of openly white supremacist views.

Nonetheless, the idea that anti-abortion ideology is somehow pro-minority for stripping women of color of their agency is a common one in conservative circles — and one that completely overlooks the role of racism in medical care and lack of access to family planning in why minority women are put in these positions.