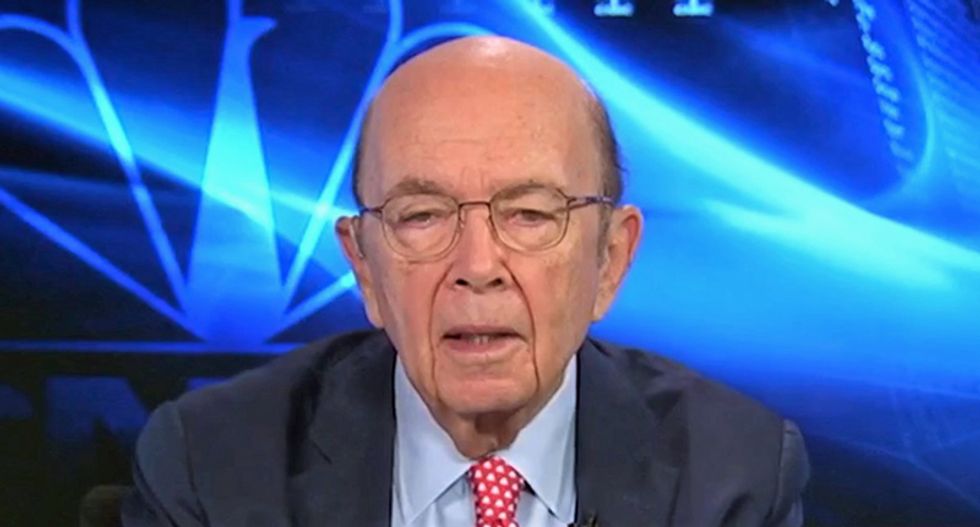 On Saturday, The Washington Post reported Secretary of State Mike Pompeo is escalating a wide-ranging investigation into Hillary Clinton's emails.

The latest to be caught in the Commerce Secretary Wilbur Ross.

"The House Oversight Committee is investigating Ross on multiple fronts. Committee Chairman Elijah E. Cummings (D-Md.) sent a letter to Ross on Sept. 9 that scolded him for stonewalling an inquiry into his potential conflicts of interest," The Washington Post reported Monday. "So perhaps it shouldn’t come as a surprise that Ross has used private email to conduct government business."

"From a nongovernment account, Ross has sent or received official correspondence about discussions with the European Commission for Trade, a U.S. ambassador’s meeting with German car manufacturers, a dinner featuring the ambassador of Japan, what appears to be an event related to billionaire businessman Bill Koch, and meeting requests from the far-right Internet troll Charles Johnson," the newspaper continued. "The nonprofit watchdog Democracy Forward recently obtained the emails through a Freedom of Information Act lawsuit and is asking the government for a direct search of Ross’s personal email."

Charisma Troiano, the press secretary for Democracy Forward, said it was a crime.

“Some of these emails indicate that Secretary Ross illegally conducted government business on his private account,” Troiano said.

“These hysterical, baseless allegations of illegal activity are without merit," Ross argued.

Other administration officials who have been caught include Ivanka Trump and Jared Kushner.