Are conspiracy theories on the rise in the US? 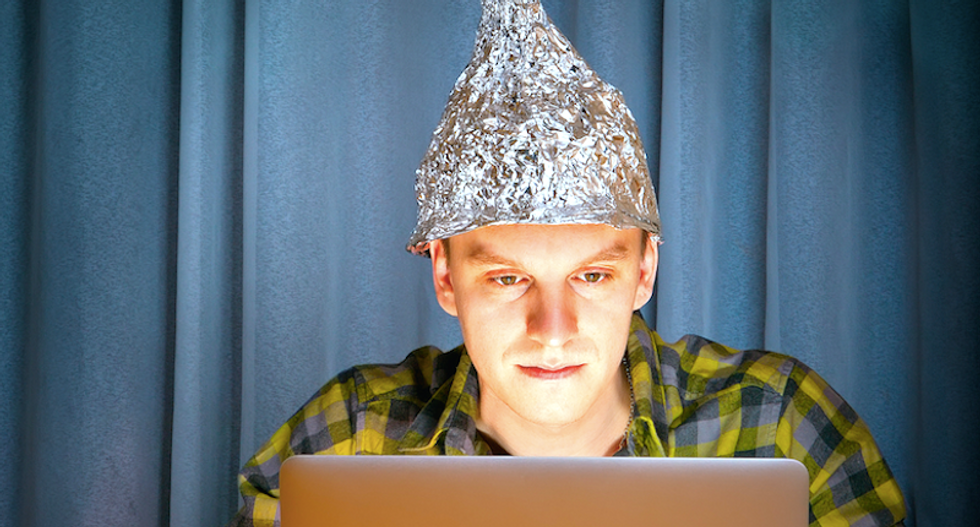 Have the internet and social media created a climate where Americans believe anything is possible? With headlines citing now as the age of conspiracy, is it really true?

A “conspiracy theory” is a theory that explains an event or set of circumstances as the result of a secret plot, usually by powerful conspirators.

For example, take Pizzagate, the theory that Washington elite engaged in child sex trafficking at the basement of a D.C. pizzeria, which 9% of the American population believe to be true.

Over 29% of the American population believe there is a “Deep State” working against President Donald Trump. Nineteen percent believe that the government is using chemicals to control the population.

These conspiracy theories are not simply restricted to a fringe population. At least 50% of Americans believe in at least one conspiracy theory, ranging from the idea that the 9/11 attacks were fake to the belief that former President Barack Obama was not born in the U.S.

There are no major comprehensive, longitudinal studies on Americans’ attitudes toward conspiracy theories, mostly because it was not rigorously measured until about 10 to 20 years ago.

However, researchers have done a considerate amount of work in recent years in an attempt to understand this apparent phenomenon.

Political scientists Joseph E. Uscinski and Joseph M. Parent reviewed over 120 years of letters to the editor, from 1890 to 2010, for both The New York Times and the Chicago Tribune.

In over 100,000 letters, this review showed absolutely no change in the amount of conspiracy theory belief over time. In fact, the percent of letters about conspiracy theories actually declined from the late 1800s to the 1960s and has remained steady since then.

While these researchers looked at data only up until 2010, current polling has not shown any uptick in conspiracy theory belief since then.

The end is near?

As Uscinski and Parent pointed out, this isn’t the first time Americans may have felt surrounded by conspiracies.

In 2004, the Boston Globe stated that we are in the “golden age of conspiracy theory.”

In 1994, the Washington Post declared it’s the “dawn of a new age of conspiracy theory.”

In 1964, The New York Times said conspiracy theories had “grown weed like in this country.”

The list could go on and on, but the gist is clear.

Whether it is the invention of the printing press, mass publishing, the telegraph, radio, cable, the internet or social media, researchers and the general public have historically proclaimed that this – or this, or this – new advance is the change-maker in political realities.

While the internet has certainly made discussion between conspiracy theorists easier, there is no evidence at this time that belief in these theories has increased.