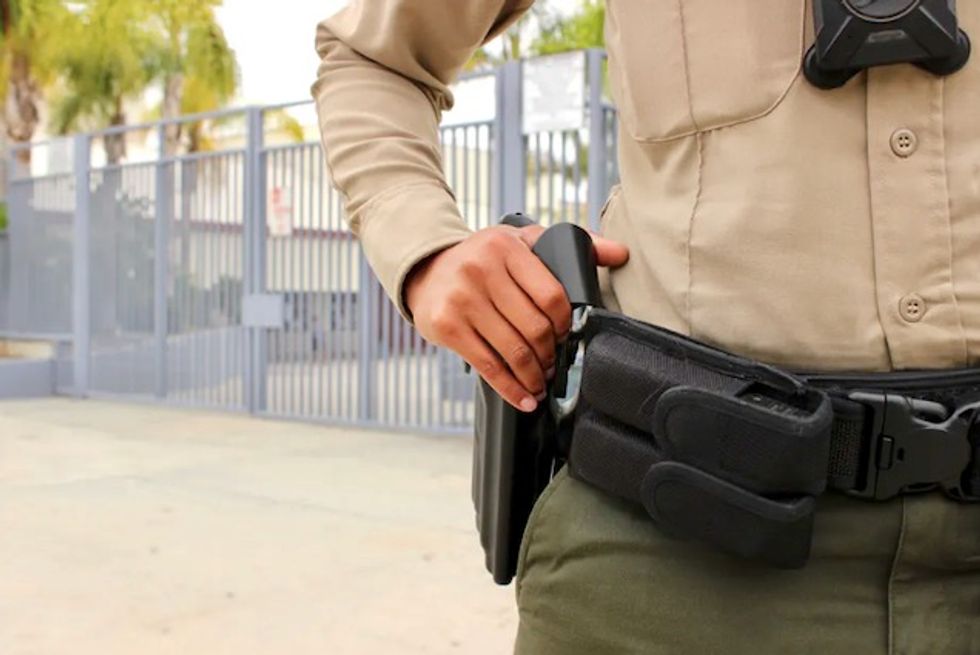 The portion of primary schools that have police officers on site has risen dramatically in recent years. Simone Hogan/Shutterstock.com

When states like Florida pass laws to put more police officers in schools, the idea is to keep kids safe.

But as the arrest of two six-year-olds in a Florida school in October has shown, sometimes one threat to the students is the officers themselves.

Instead of being protected, these very young students were placed in handcuffs and arrested. Each one faced misdemeanor battery charges as a result of behavioral outbursts at school, including one instance in which one of the children kicked a school staffer.

While the arrests of the two elementary students in Orlando are not everyday occurrences, they do reflect a body of research that suggests cops in schools – they are formally known as school resource officers, or SROs – can take what would otherwise be a routine school disciplinary situation and escalate it to a whole different level.

I base that assertion on my work as a researcher who has studied school discipline, school safety and the role of school resource officers in elementary schools.

My work sheds light on the potential unintended consequences of school resource officers – as well as ways that school leaders can prevent situations like the arrests that unfolded in Orlando.

This trend is set to continue as states like Florida and Maryland passed legislation in 2018 to increase the presence of police to all schools.

Certainly, elementary schools must occasionally deal with violent behavior. In fact, my colleagues and I have found that as many as 12% of teachers experience threats of or actual physical attacks from students each year. Indeed, in the case in Orlando, one of the six-year-olds was arrested in part for kicking a staff member during an outburst. 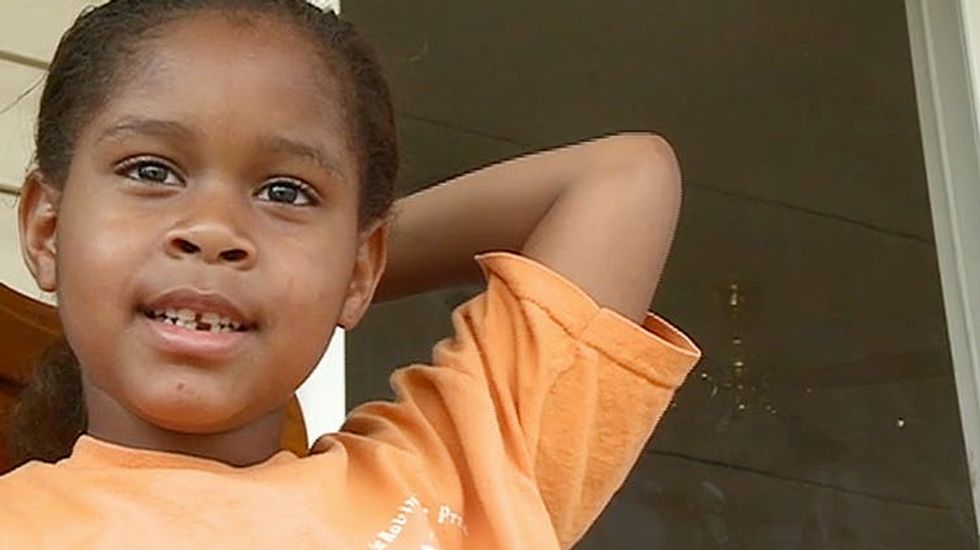 In 2012, kindergartner Salecia Johnson, then 6, was handcuffed by police after she threw a tantrum at her school. A police report stated the girl knocked over a shelf that injured the principal.

What’s increasingly changing, however, is how schools respond to these violent incidents. The presence of police in schools has been shown to increase the likelihood that students are arrested for school misconduct. For example, prior research has found that police agencies that get funding for school police increase arrests of youth under age 15 by as much as 21%. This may be because the presence of police can shift the mindset of schools to one that is more about punishment than it is about teaching students why their behavior is wrong and what they can do to make amends.

In our work, we have found that even when school district policy specifies that school resource officers should not be involved in discipline, many of the officers interpret this policy differently. For example, school resource officers may use their proximity to deter misbehavior, may pull misbehaving students aside to talk or may be present while school personnel interrogate or search students.

School officials have a lower standard to justify a search than law enforcement. Similarly, school officials can interrogate students without providing a Miranda warning – the legally required notice of the right to remain silent or have legal counsel that police must give when they have someone in custody. So, if officers are present during interrogations or searches in schools, it could enable them to bypass legal protections that exist outside of schools. 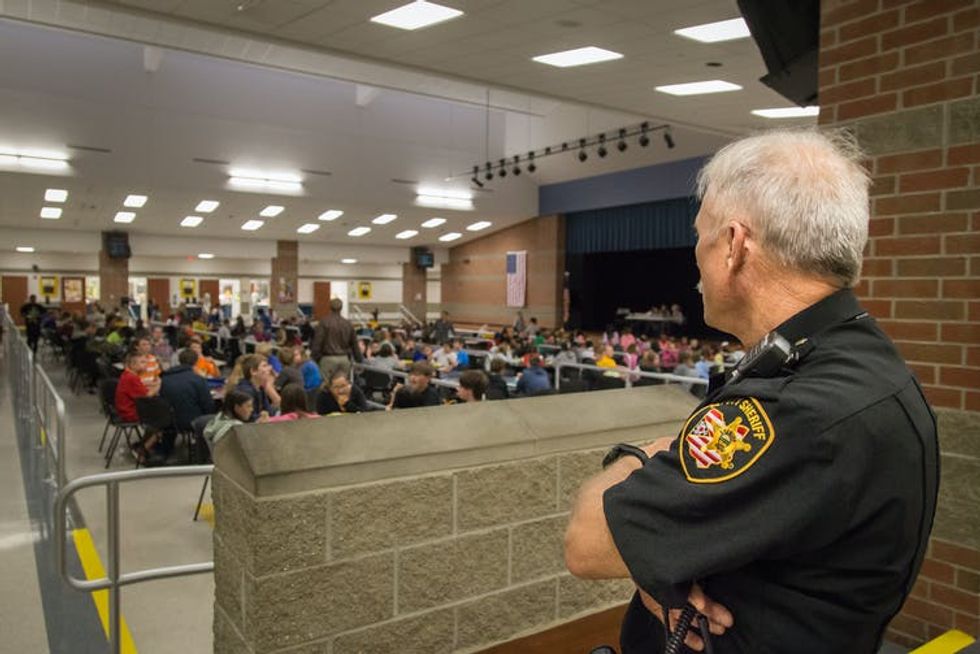 A school police officer stands watch as students eat lunch at a school in Ohio.

School resource officers are trained primarily as law enforcement agents. It should, therefore, be little surprise that they sometimes default to responses like arrest.

Florida State Attorney Aramis Ayala declined to prosecute the students arrested in Orlando. She said she refuses to “knowingly play any role in the school-to-prison pipeline.” 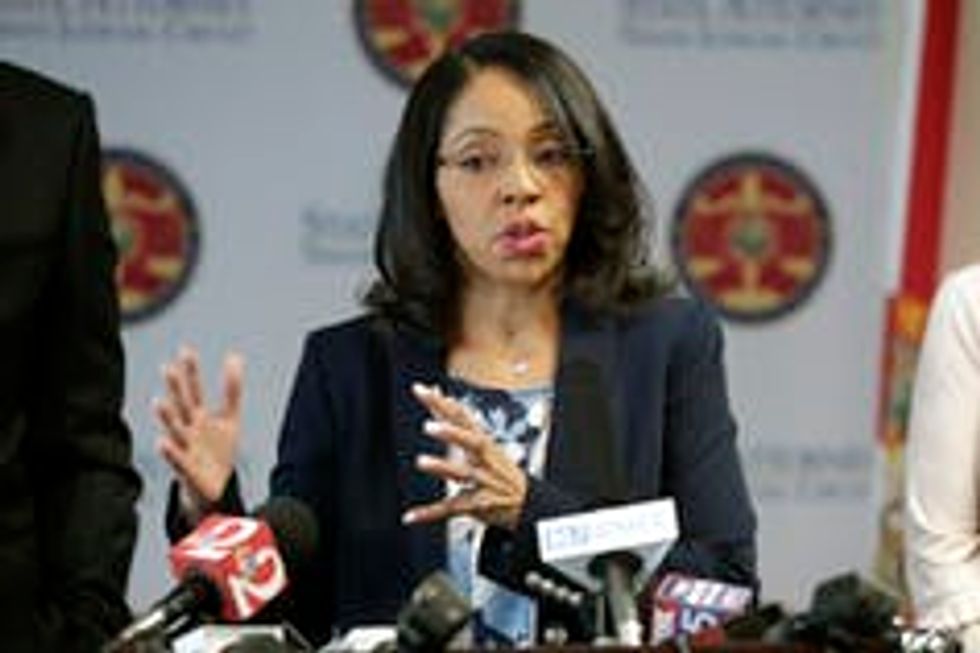 Florida State Attorney Aramis Ayala speaks at a news conference Monday, Sept. 23, 2019, in Orlando, Florida. She confirmed that her office would not prosecute two 6-year-old students that were arrested by an Orlando police officer .

The local police agency has fired the officer involved, citing violation of their policy requiring supervisor approval of arrests of children below 12 years of age.

While these actions demonstrate a commitment by state and local leaders to avoid repeats of this incident, there are other ways that schools can prevent student misconduct from ever reaching the point of an arrest.

Our work suggests that schools and law enforcement agencies should have clear, mutually agreed upon guidelines for when school resource officers become involved in student misbehavior.

We have found that many times, a school resource officer’s involvement in student discipline comes as a result of pressure from teachers and administrators to be involved. For example, in our ongoing interviews with school resource officers and school personnel, we encounter a number of principals and teachers who specifically ask the school resource officer to lecture students on misconduct, be present for disciplinary hearings, and, in some cases, go to a classroom to handle a defiant student instead of leaving that work to the principal.

Instead of asking school resource officers to help out with matters of discipline, in my view, teachers and school administrators should be given training and resources that equip them to respond to student misconduct without relying on school police. In a recent national report, almost 50% of teachers reported having to put up with misbehavior due to a lack of administrative support. Only 6% of teachers thought schools should hire additional police to help with student behavior. Instead, they preferred that resources be put to additional mental health professionals, teaching assistants and social workers.

It is critical to keep students safe in school. That said, districts should carefully consider whether police should be in schools and, if present, what role they should play in student misconduct.