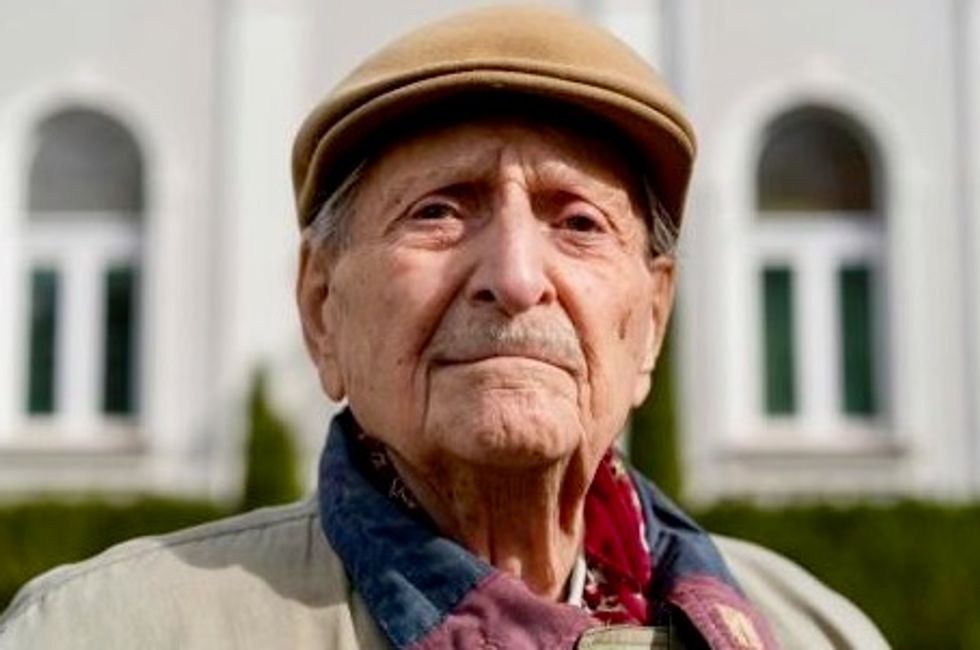 Marko Feingold, who survived Auschwitz, in Nazi-occupied Poland and three German concentration camps, died in the city of Salzburg on Thursday after a lung infection, Austrian news agency APA reported.

Despite his advanced age, Feingold had remained active in speaking out against the Holocaust, taking part in numerous conferences and events for schoolchildren.

"I must have spoken to around half a million people all in all," he told AFP in a 2018 interview, adding he swore to himself in Auschwitz that he would tell his story.

Born on May 28, 1913, in the Austro-Hungarian empire in what is now Slovakia, Feingold was arrested in Prague and deported to Auschwitz in 1940.

"They said I had three months to live. And in fact after two and a half months I was about to succumb to exhaustion when I managed to get transferred to the Neuengamme camp," he told AFP.

From there, Feingold -- or inmate 11,996 -- was taken to Dachau and then on to Buchenwald, where he survived as a construction worker.

Having lost his father and siblings in the camps, he was freed from Buchenwald when it was liberated by American forces in May 1945.

But he could not go back to Vienna as his group of survivors was prevented from traveling through the Soviet occupation zone which surrounded the city.

"A Russian soldier told us that they had orders not to let us pass. The new (social democratic) chancellor Karl Renner had said: 'We won't take back the Jews'," Feingold said.

Feingold then decided to go to Salzburg near the German border, which was in the American occupation zone. There he founded a network which helped 100,000 Jews to emigrate to Britain-administered Palestine.

He himself refused to leave Austria despite the difficulties in the face of the country's deep-rooted anti-Semitism.

After the war Austria took refuge in an official narrative which portrayed the country as a "victim" of the Third Reich and avoided the process of debating complicity in Nazi crimes, as happened in Germany, until well into the 1990s.

"It was impossible to find a job. Someone coming back from the camps had to be a criminal. So I had to strike out on my own," he said.

He started a clothes shop in Salzburg, which quickly became successful.

Feingold says once attitudes changed, he was "literally covered in honors", including being received last year by then chancellor Sebastian Kurz and his then deputy Heinz-Christian Strache from the far-right.