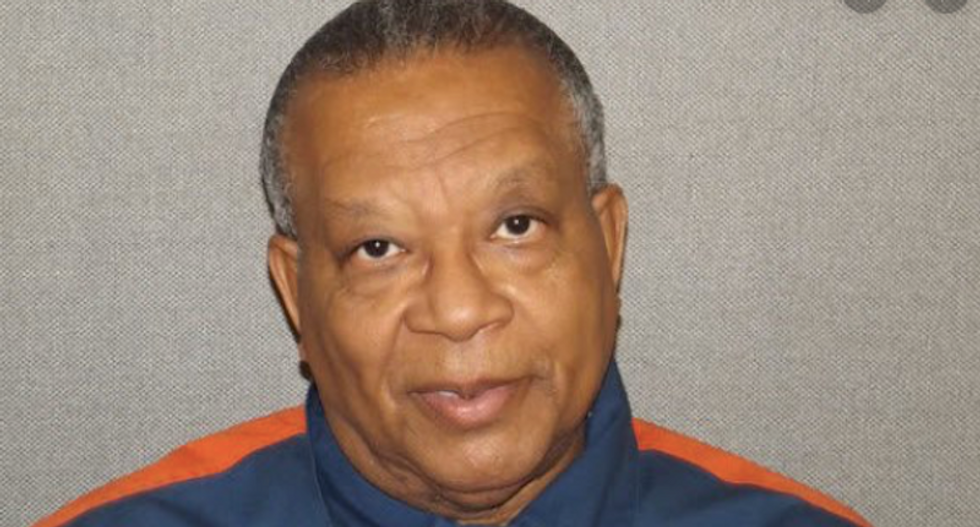 Last Thursday, sixty-eight year old Michael Thompson sat in his prison cell hoping for good news. As a motion to refer his case to a parole board wends its way through the courts, Thompson is confused and desperate to find out whether he'll die in prison or get a chance to gain his freedom.

"Well you know it's confusing to me right now. And confusion turns to stress," he told Raw Story from the Muskegon Correctional Facility in Michigan. He says he refuses to cry about it.

"The only thing I can do is keep on taking the punches. Do what I've been doing for 25 years. No need to be crying about it. I had a lot of hope," he says. It's the first time a motion related to his case has not been rejected almost instantly.

In 1994, Thompson sold 3 pounds of pot to a police informant. Because he'd had non-violent priors and some guns on his properties (one was an antique; another belonged to his wife), prosecutors were able to stack charges and Thompson received 40-60 years. His father, mother, and his only son died in the quarter century he's spent behind bars. His mom’s final wish — which she told his nephew, Sheldon Neeley — was that Thompson wouldn’t die in prison. He was allowed to go to her funeral, in handcuffs.

Despite the stacked charges, Thompson's initial crime was a pot sale. Michigan legalized pot in 2018, so it's hard to understand why he's still in prison. Especially since he's been a model prisoner.

A correctional officer described him as extremely well-behaved. “Always respectful — has good communications skills — stays out of trouble — gets along with all staff and prisoners,” he wrote in a report. He's taken initiatives like helping younger inmates change their ways and become better fathers, having gained a heightened appreciation for that role after losing his own son.

Earlier, writing from prison, he described his attitude to Raw Story, as "numb" after 25 years of disappointment. "Everything is everything, playing this game still called wait and see!! (smile)," he wrote. But the irony of a legal pot industry springing up all over the country--and largely run by well off white people--is not lost on him.

“Yes, legalizing marijuana was a good thing, many millionaires will be made through marijuana business,” Thompson previously told me. “In addition, millions of sick people will be helped by this legalization. However, I am still here serving a 40 to 60 years sentence, I will continue to pray that someone will step up soon and put an end to this nightmare of politics that has been keeping me incarcerated.”

Thompson thought he'd get some answer at the end of August but his motion was delayed.