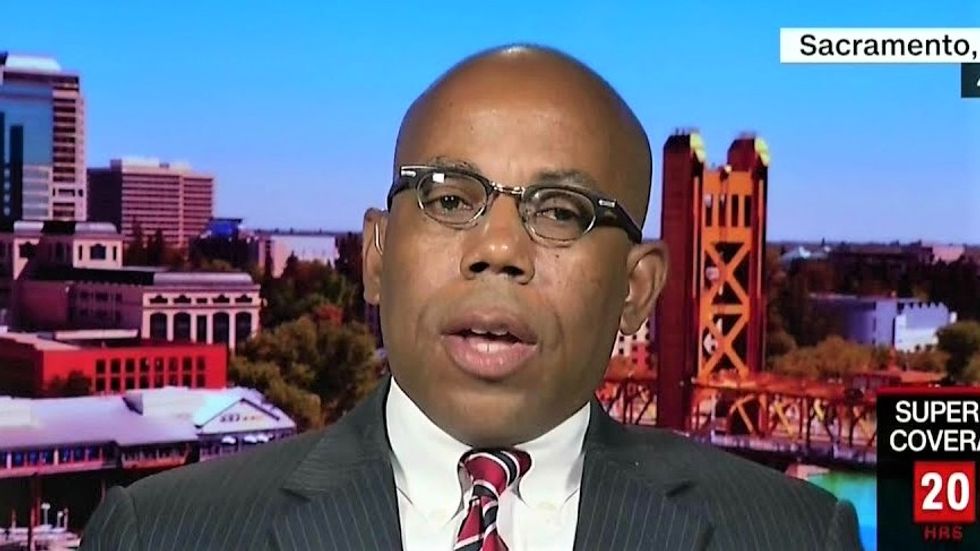 A black Republican who attended a Trump rally in 2016 and was infamously praised by then-candidate Donald Trump as "my African American" has left the GOP.

In an interview with PBS News, conservative Gregory Cheadle says that he has now become an independent because of how Trump has infected his former party with his brand of toxic racism.

The 62-year-old real estate broker, who tells PBS that he has long supported the GOP's pro-free market approach to the economy, says that the president has been transforming the GOP into a "pro-white" party rather than a party representing all Americans.

He says that his final straw was seeing the president tell four Congresswomen of color to "go back" to their home countries, despite the fact that all four are American citizens. He says he was also upset about the president's attacks on Baltimore and Rep. Elijah Cummings (D-MD).

He also says he was dismayed by Republicans who defended Trump by falsely claiming that he was only attacking the Democratic lawmakers' ideology.

"They were sidestepping the people of color issue and saying that, 'No, it’s not racist,'" he said. "They were saying these people were socialists and communists. That’s what they were saying. And I thought this is a classic case of whites not seeing racism because they want to put blinders on and make it about something else."

Cheadle drew national attention in 2016 when he attended a Trump rally and the future president pointed to him and said, "Look at my African-American over here."