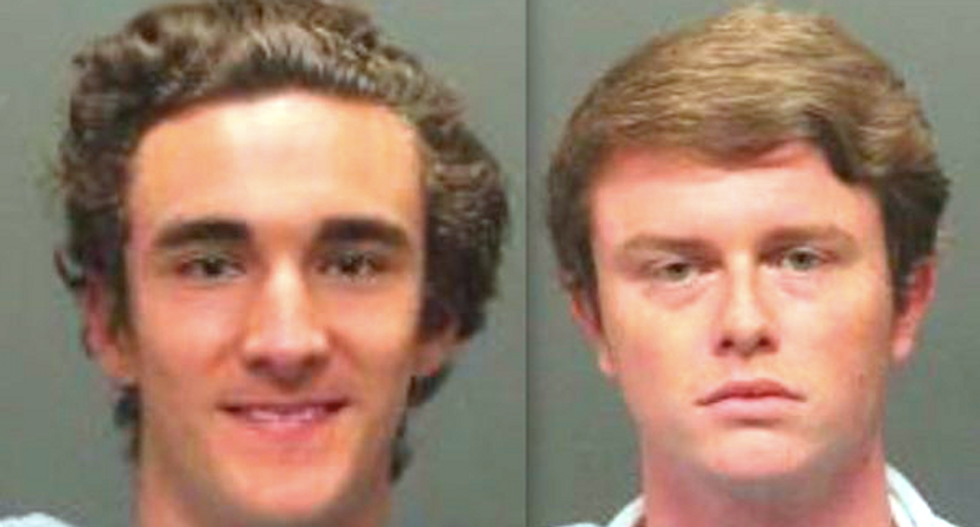 Two white students at the University of Arizona are accused of a racist assault against a black student.

The victim said two men -- later identified as Matthew Frazier and Matthew Rawlings -- called him the N-word before attacking him Sept. 10 outside a residence hall, reported the Arizona Republic.

The men punched him in the head and kicked him after he fell to the ground, and the black man said they used racial slur about 10 times during the attack.

The victim told police he didn't know his assailants, and he initially wasn't sure whether it was racially motivated.

Both suspects appeared to be intoxicated, police said.

The victim suffered "minor injuries" from the assault, including scrapes on his knuckles, elbow and knee.