Boris Johnson broke down in tears after his brother quit on him in protest: report 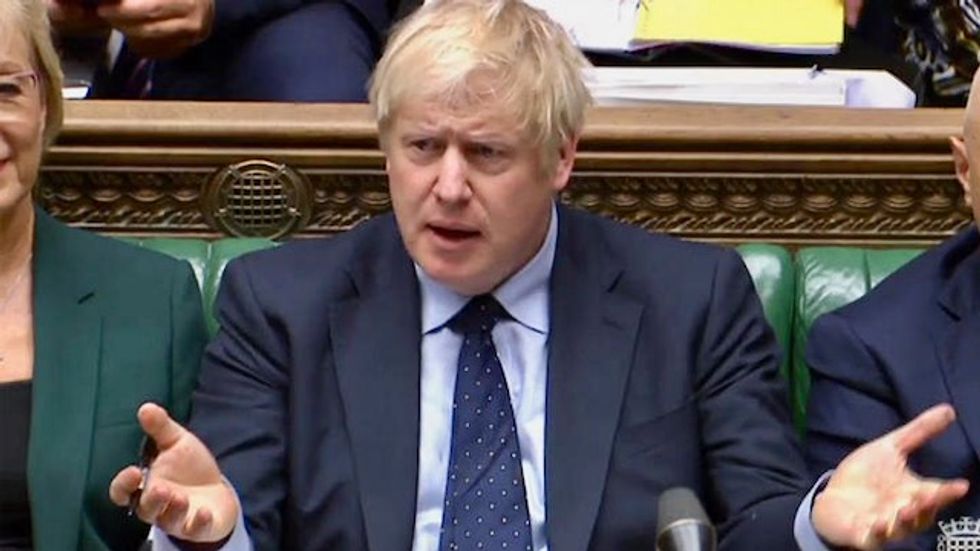 On Saturday, in a deep dive into the politics of Brexit and a behind-the-scenes "political anarchist" trying to manipulate Britain's political system, New York Times writer Jenni Russell wrote that when Prime Minister Boris Johnson's brother resigned from his government, Johnson was so stunned at the news that he broke down in tears.

"Mr. Johnson doesn’t enjoy conflict; he wants power accompanied by endless applause," wrote Russell. "He never expected to have to expel senior members of his party; he expected them to be won over by his charm. He was humiliated by the scorn heaped on him in Parliament on Tuesday, where he was nervous and out of his depth. On Thursday came the most damning condemnation: His brother Jo Johnson, a moderate, resigned from the government, accusing Boris of damaging the national interest."

"This was such a blow that sources close to the prime minister tell me that he cried when he heard the news," wrote Russell. "The speech he gave a couple of hours later, originally planned as the kickoff of an election campaign, was a delayed, confused and extraordinarily rambling mess. The qualities that Tory members were hoping for when they gave him the leadership — charisma, confidence, wit and sunny optimism — have been dangerously absent."

Johnson and his Conservative Party are in utter chaos over the upcoming deadline for Britain's withdrawal from the European Union. Johnson appears to want an exit with no deal — something that could be disastrous for the British and European economy — but members of his party are irrevocably split over the issue.

As a last-ditch effort, Johnson is actually considering calling a vote of no confidence in himself — a measure that could dissolve his government and force a snap election that he hopes will bring in a wave of new pro-Brexit MPs. His predecessor Theresa May similarly called a snap election in 2017, but this backfired horribly and she ended up shrinking her own party's caucus heading into EU talks. There is a risk for Johnson that he too could lose seats, or even that his principal rivals in the Labour Party, led by Jeremy Corbyn, could just form their own governing coalition and depose him as prime minister.