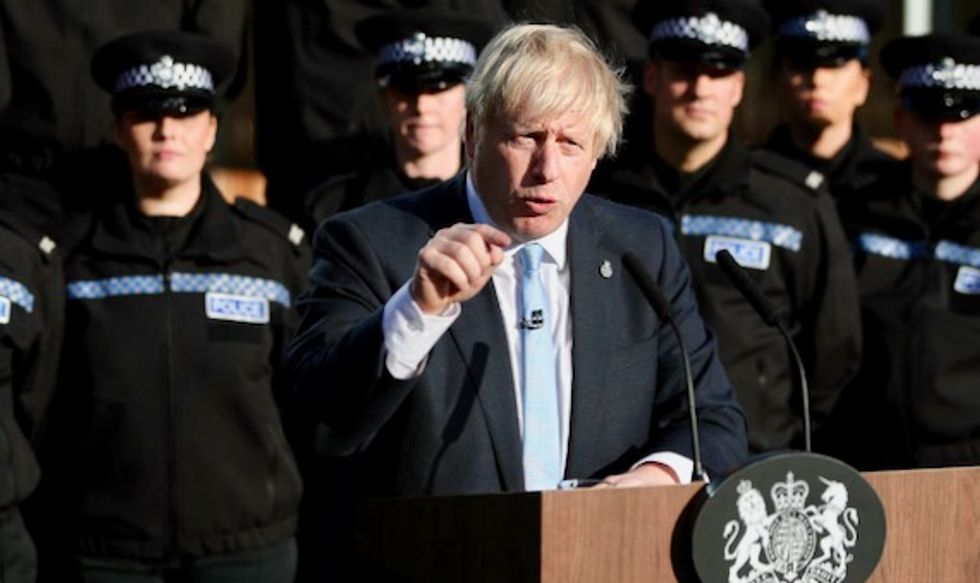 Danny Lawson/Pool/AFP | British PM Boris Johnson speaks during a visit with the police in West Yorkshire, England, on September 5, 2019.

British Prime Minister Boris Johnson promised on Thursday he would never delay Britain’s exit from the European Union, due on October 31, saying he would rather be “dead in a ditch” than do so.

Asked if he could promise the British public that he would not go to Brussels and ask for another delay to Brexit, Johnson said: “Yes I can. I’d rather be dead in a ditch.”

“It achieves absolutely nothing. What on earth is the point of further delay,” he added, speaking at a police training centre in northern England.

Johnson said there must be an election so the British public can decide whether to leave the EU at the end of next month or remain in the bloc for longer.

“I don’t want an election at all but frankly I can’t see any other way” to end the Brexit impasse, Johnson said.

On Wednesday, lawmakers rejected Johnson’s bid to call an early election for October 15, and also made moves to stop him from taking Britain out of the EU on October 31 even if there is no deal with Brussels to pave the way.

Johnson said that legislation would “scupper our negotiating power” and hand control to the EU.

At the police academy in West Yorkshire on Thursday, the British leader said that whether the UK left the EU on October 31 “really should be a matter for the people of this country to decide”.