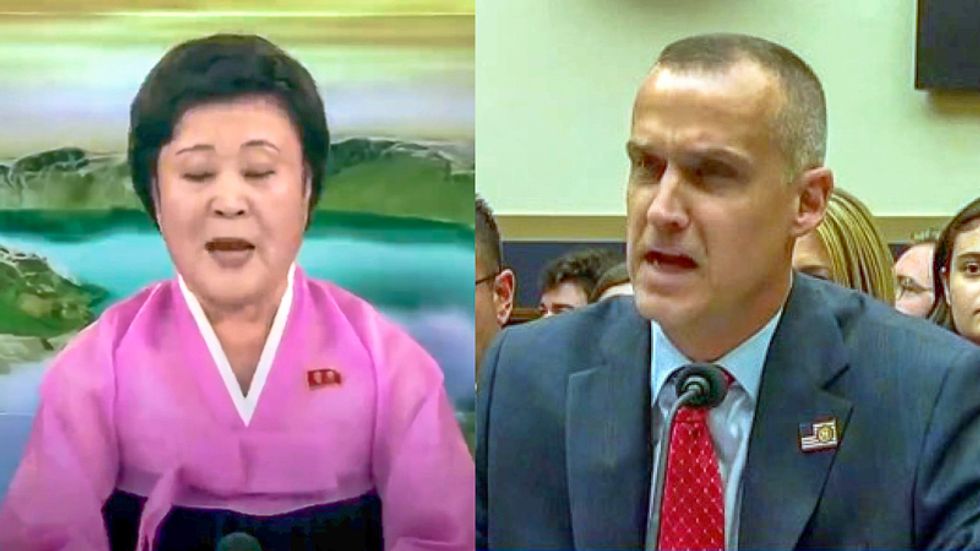 "Corey Lewandowski, the former Trump campaign manager who is now considering a Senate run in New Hampshire, testified before the House Judiciary Committee today," Williams reported. "It is likely his North Korean anchorwoman-quality opening remarks were meant were one viewer (Donald Trump)."

Ri, who has earned the nickname "Pink Lady," is known for her enthusiastic reading of government-approved news.