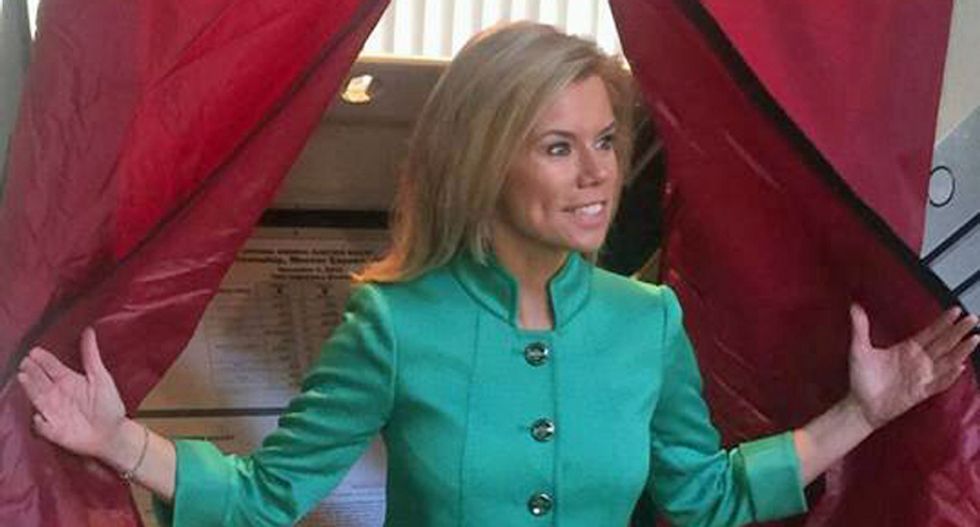 Authorities in New Jersey have charged a sitting Republican mayor with winning her GOP primary by illegally spreading information on her opponent.

“Hamilton Mayor Kelly Yaede and her campaign manager have been charged with publicly releasing an opponent’s years-ago and now expunged arrest by posting it on a campaign blog ahead of the June Republican primary, which she won,” NJ.com reported Tuesday.

“Authorities say Yaede’s campaign manager, Dan Scharfenberger, was the blog’s administrator, and he and Yaede controlled the blog’s content - even though her campaign has said publicly they had no idea who was behind the online site,” the publication reported. “The charges come from an investigation by the Mercer County Prosecutor’s Office, which filed the disorderly person offenses in Hamilton Municipal Court, the office said.”

“It’s vindication for me and my campaign for all the dirt they threw at me during the campaign,” David Henderson, the victim, said.