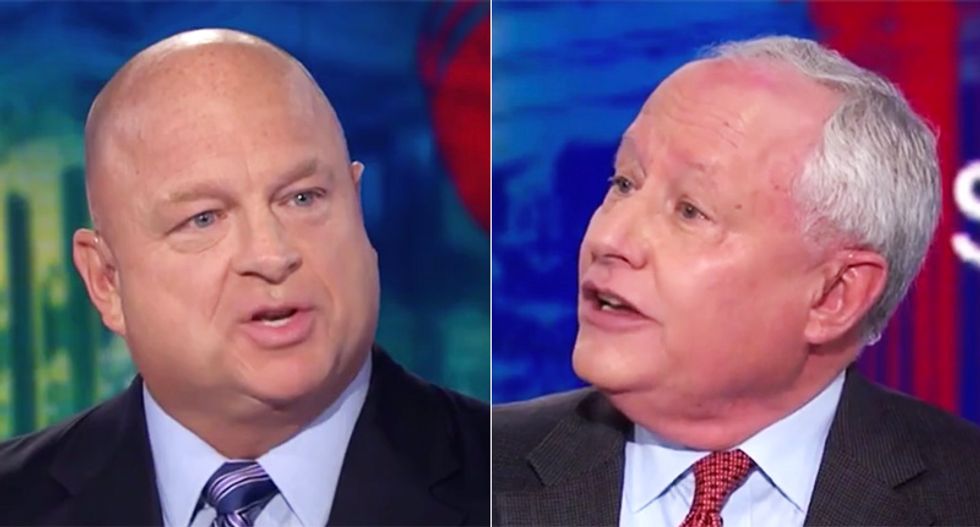 The panel segment of Jake Tapper's "State of the Union," turned into a shouting match as Donald Trump defender David Urban and never-Trumper conservative Bill Kristol started shouting at each other over the president's corruption.

With Urban attempting to dismiss pending impeachment proceedings as a political ploy, Kristol fired right back, speaking over the host who sat back and watched.

After Urban frantically attacked Rep. Adam Schiff (D-CA) for reading a parody of the highly redacted transcript of Trump's conversation with the president of Ukraine, Kristol said he was making too big of a deal about it in order to deflect from the president's criminality."This is pathetic," Kristol began only to have Urban yell over him and what followed was a quick-paced back and forth.

"This isn't about the chairman [Schiff], it's about the president of the United States," Kristol charged. "Will you defend the president's behavior? The real transcript?"

"Is it proper for Adam Schiff to read something," Urban attempted, which Kristol dismissed as unimportnat.

"Do you know why he withheld --," Urban bellowed.

"The reality is this is all lies, right?" Kristol pronounced.