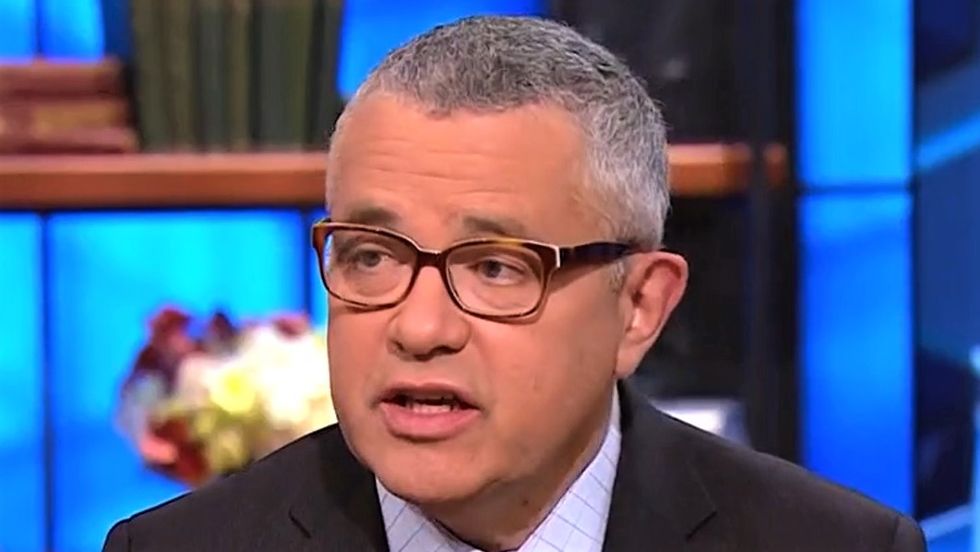 Addressing former Donald Trump campaign manager Corey Lewandowski's appearance before a House committee on Tuesday, CNN legal analyst Jeffrey Toobin bashed the White House for telling him to divulge nothing to his questioners.

Speaking with host John Berman, Toobin explained that Lewandowski would be performing for the president during the hearing and lawmakers should expect combative answers when they get any answers at all.

"The White House is claiming privilege for everything beyond the information provided in portions of the [Mueller] report that have already been disclosed to the committee," Berman prompted. "Presumably Lewandowski will be able to answer questions for things that are in writing in the Mueller report, just nothing beyond that."

"But to your larger point, Jeffrey, is there any precedent for any kind of executive privilege over anyone who doesn't work for the government?" the CNN host asked.

"Not that I'm aware of," Toobin shot back. "I think it's frankly outlandish and inappropriate and legally unjustifiable. I do think that the Democrats, even if they get a description of what's in the Mueller report, that would be a lot more progress."

"You know, they spent weeks now in this ridiculous semantic debate about whether they're in an impeachment inquiry or investigation," Toobin added. "I think that's been sort of embarrassing and a waste of time. Now at least they are turning to the substance of the allegations against the president."