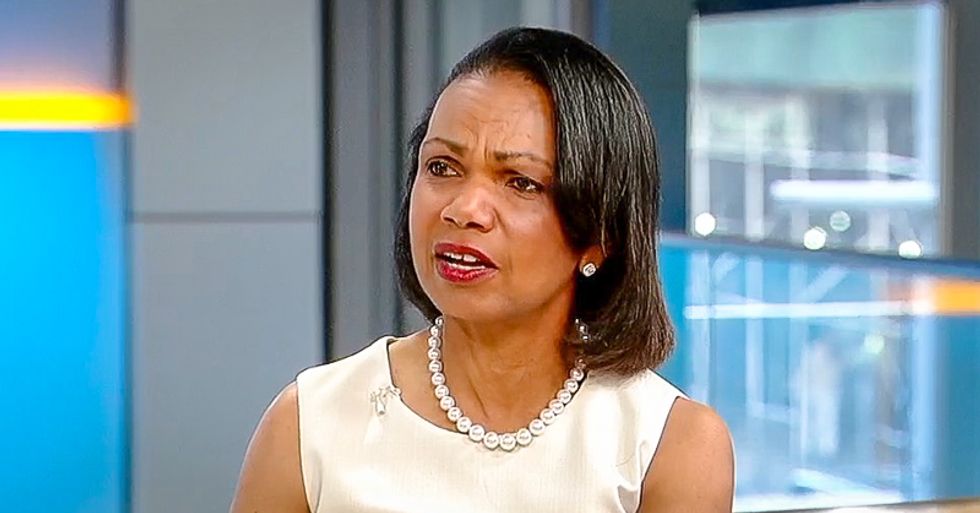 During an interview on CNN, host Fareed Zakaria asked Rice about some of Trump's most racist statements, like telling Democratic congresswomen to "go back" where they came from. And when he said there were good people on "both sides" at a neo-Nazi rally in Charlottesville.

"When you hear Trump, this is a repudiation of everything you were trying to do," Zakaria pointed out.

Rice asserted that "we need to all back off."

"But by saying that," Zakaria pressed, "do you have a responsibility to not just pretend there is an equivalence here?"

"People have to make their own determination," she said about leaving the Republican Party. "I think there's an argument that we have a president of the United States and you've got to try to fight for the right things from whatever perch you have, within, without -- however you with to do it."

"The reason that I specify all of our responsibilities, is if we just point the fingers at 1600 Pennsylvania Ave., we're not going to solve this problem," Rice opined.