Congressman blasts Trump administration's 'lawless' move to quash whistleblower: 'He does not have the authority' 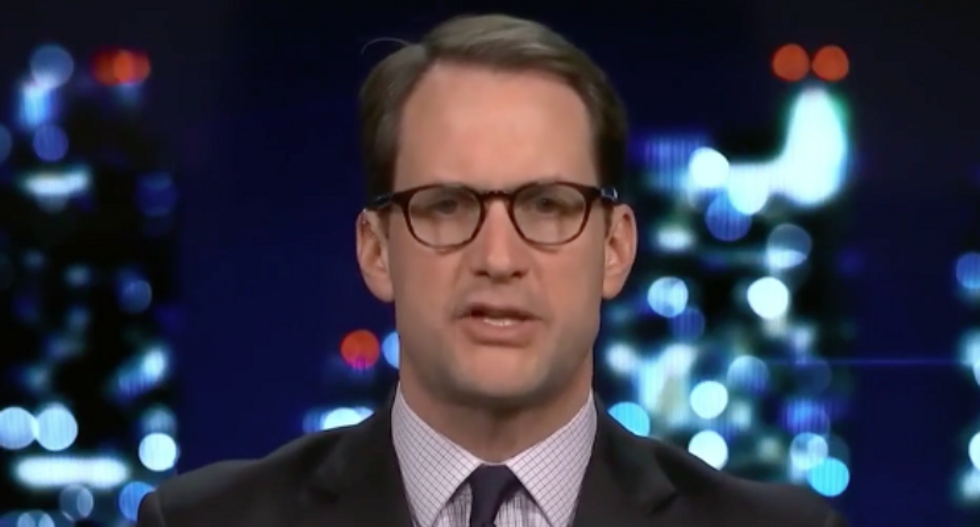 On Wednesday's edition of CNN's "Anderson Cooper 360," Rep. Jim Himes (D-CT) previewed what he expects to learn about the developing Director of National Intelligence whistleblower scandal at the hearing with the inspector general on Thursday.

"In tomorrow's hearing with the intelligence community's inspector general, who forwarded this report, saying it was an urgent concern, what exactly is the inspector general going to be able to talk about?" asked Cooper. "I know it's behind closed doors, but is he going to be able to tell you what is actually in the complaint or who is instructing him or who's instructing the DNI not to hand it over to your committee, if that's what's happening?"

"Well, yes, I think he will be able to discuss what's in the report," said Himes. "Remember, the law requires him to forward that complaint to the relevant congressional committees, to my committee. This idea that the DNI has the authority to say, 'no, I disagree with the inspector general's decision' is lawless. It's made up out of whole cloth. He does not have authority to do that."

"And the reason that's important, Anderson, and people need to understand this, because it's not that complicated," continued Himes. "Remember, a whistleblower is someone within an organization who says, 'something's going on here that isn't quite right.' The idea that the boss of that organization, in this case the acting DNI could say, 'sorry, we don't agree that this should be dealt with outside,' that betrays the whole purpose of having a whistleblower. Imagine this whistleblower right now is thinking to themselves, 'all the protections that I have, the whistleblower protections that I have by law, are now at risk because the boss decided lawlessly to stop this from happening.' So at some level, it's pretty simple, Anderson."

"You're saying under law, if the inspector general has forwarded this whistleblower complaint, as deemed it of urgent concern, deemed it a real issue, has forwarded it to the DNI, you're saying the DNI does not have the legal authority to say — to not forward it on to Congress?" Cooper pressed him. "The DNI's only option is to forward it on to Congress and they can add comments if they want, saying, 'I don't think this is valid, I don't think this is under our purview.' But he has to forward it to Congress?"

"That's exactly right," said Himes. "That the DNI can add explanatory comments, but in this case, the DNI appears to have consulted with the Department of Justice, which has no role under the law in this determination and is acting on the face of it. You don't even need to be a lawyer to understand this."

"By the way, quite apart from the law, which is pretty important in the United States of America, in the history of these referrals, there has never been a case in which the boss, in this case, the DNI, has overruled an inspector general or said that this is not a meritorious decision. It has never happened before," continued Himes. "And the reason that's really important, quite apart from the rule of law, is that, again, think about the whistleblower. If the whistleblower doesn't know that they have the ability in a protected way to go to the congressional committees on things that are profoundly serious."

"I don't know what's in this complaint, but remember, the intelligence community takes lethal action," added Himes. "It surveils, it does really dangerous things. Inside the intelligence community, if someone doesn't believe that there is a legally protected route to get to people like me in the Congress, behind closed doors, what happens? They go to the press. They do an Edward Snowden and they decide that that's the best way to blow our secrets out into the public. So while it may seem complicated, at some level, this is very simple. There is a law that determines how somebody who thinks that there has been wrongdoing can come to the Congress and the DNI is right now illegally standing in the way of that process."