Conservative columnist: Republicans should dare to impeach over Ukraine 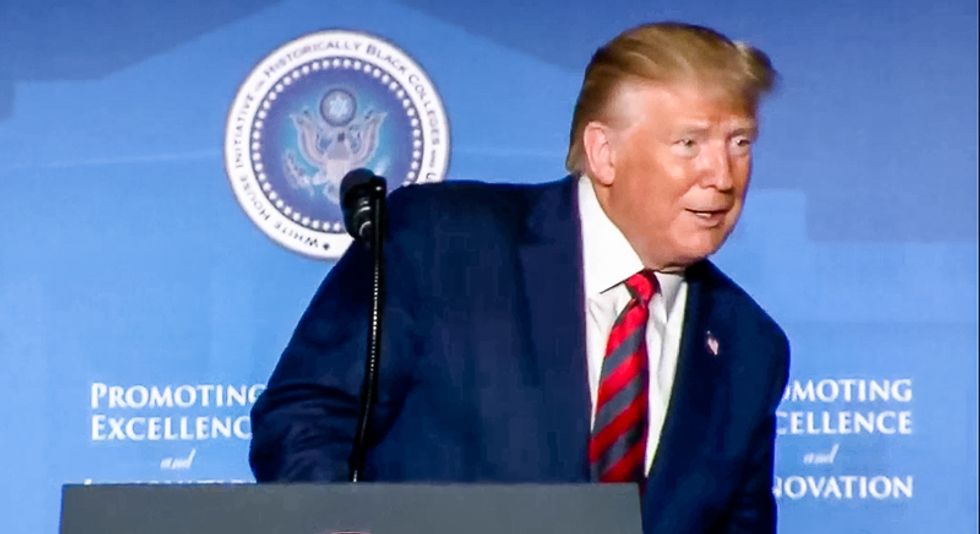 The latest Trump international scandal emerged when an anonymous whistleblower in the intelligence community lodged a complaint related to President Trump's discussions with a foreign leader. Although not much is known about the content of the complaint, speculation has arisen that Trump offered the president of Ukraine foreign aid in a way that could be interpreted as quid pro quo for dirt on Vice President Joe Biden.

Writing in the conservative publication The Bulwark, columnist Jonathan V. Last outlines the Republicans' options. They can continue to do nothing to rein in the president. They could try to make the story about Biden. Or they could dare to impeach.

Last makes the case for trying to remove the president from office.

"Would impeachment be the worst thing for Trump?," he asks.

"The general public does not seem to appreciate what a deep hole Trump is in electorally. The guy he is most likely to face next November is on track to beat him like a drum," Last says. "He trails most of his other possible opponents, too. The economy is softening. And Republican office-holders are retiring left and right, because whatever Conservatism Inc. says, the rats always know when the ship is taking on water."

"Imagine that Democrats decide to pursue impeachment. Maybe it turns out badly for Trump. But how much worse could things get? In some polls against Biden he’s not even breaking 40 percent. Could he drop to 35 percent? I guess. But so what?" Last says.

"My point is that his downside is limited. When your approval rating is as low as Trump’s, you only have so far to fall."

Beyond impeachment, Last wishes Republicans would try to remove him from office, like some GOP lawmakers convinced Nixon to give up. "There are only two reasons that Republican officeholders would take sides against Trump from here forward: Because they care about the long-term health of the party and because they think it’s the right thing to do," he says.

"There are incentives along these vectors, to be sure. But they’re pretty far down the list for the Republicans left in national office."

But Last doesn't predict that kind of braver.

"They’re probably going to stick with Trump. To the end."