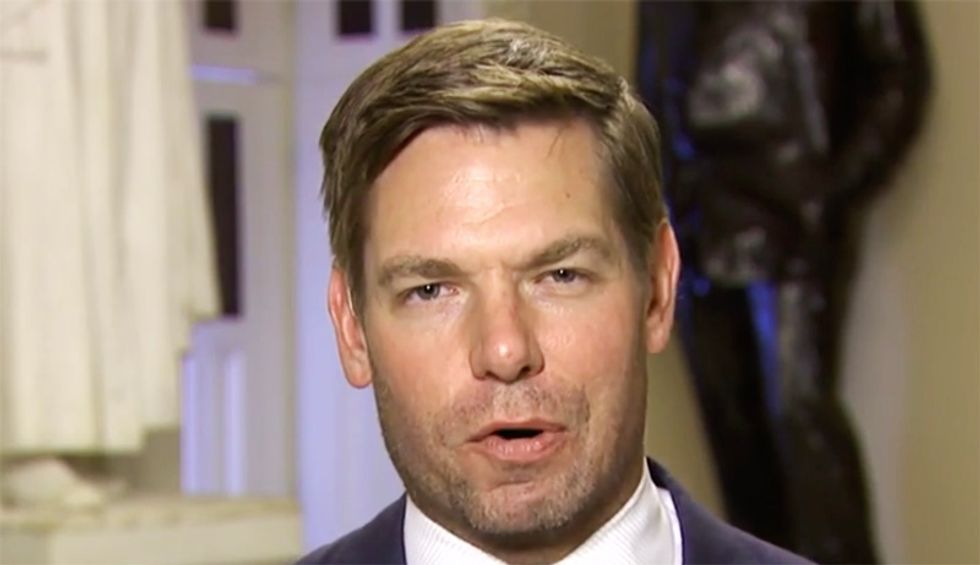 Appearing on CNN on Friday morning to discuss an alarming whistleblower report on Donald Trump's actions that the president's administration is withholding from Congress, Rep. Eric Swalwell (D-CA) encouraged the acting Director of National Intelligence to hand the report over and ignore the administration.

"This is an opportunity for Republicans and Democrats to unite and say, we don't want this in our democracy," Swalwell explained. "You know, that's why I wrote the Protecting Our Democracy Act, to, you know, have a bipartisan commission look at this."

"I also have legislation called Duty to Report," he added. "If you get information from a third party foreign agent, you have to tell the FBI. Again, there's so much we'll have to do to make sure that this doesn't happen again. But right now, there's an urgency for us to hear from the acting DNI. And if the acting DNI is listening, I want him to know, you do not have to be a part of a lawless administration. You could send this information right to Congress, you would be a patriot and save us from a potential national security risk."