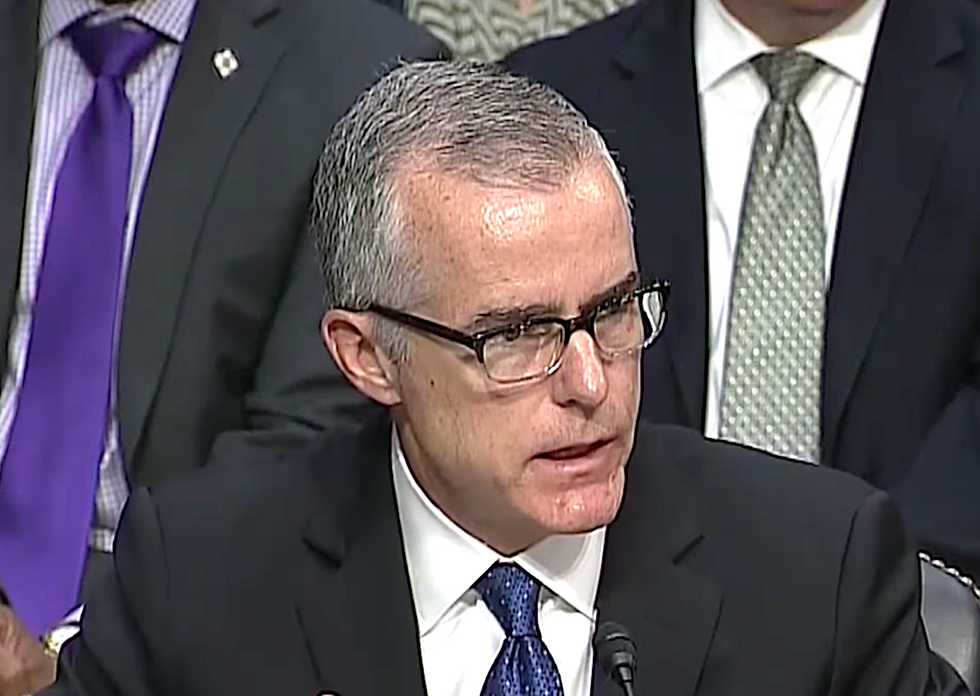 Amid speculation that he'll soon be indicted, lawyers for former Deputy FBI Director Andrew McCabe this Thursday demanded that the Justice Department drop their "fatally flawed" investigation. McCabe was fired in March 2018 after the inspector general said he had lied about his involvement in a leak to The Wall Street Journal regarding an FBI investigation into the Clinton Foundation.

McCabe's attorneys, Michael Bromwich and David Schertler, slammed the DOJ's investigation as a “waste of governmental resources" and complained that the U.S. Attorney’s office in D.C. is providing them with "no information" regarding the status of the probe into their client.

“This investigation has been fatally flawed from its inception,” they said in a statement. “It has been irrevocably tainted by the President’s targeting of Mr. McCabe for prosecution. The investigation has now dragged on for more than 18 months with no resolution in sight.”

There was one portion of the letter that caught of the eye of MSNBC legal analyst Joyce Alene. The portion reads as follows:

"On September 11, we were advised by more than a dozen reporters that the grand jury was being convened and that we should expect an indictment of Mr. McCabe that afternoon. Later in the day, we were told by reporters that the grand jury would be reconvening Thursday morning and that Mr. McCabe would be indicted at that time.  The reporters could have only obtained this information from personnel at the Department of Justice (DOJ) or the U.S. Attorney's Office and such leaks are prohibited by rules governing grand jury secrecy."

According to Alene, the statement from McCabe's lawyers highlights the government's hypocrisy.

"The most perplexing part of recent developments is that McCabe’s counsel says DOJ has been selectively & improperly leaking information about expected grand jury activity in a case where McCabe would be charged with ... improper leaks," she tweeted.

The most perplexing part of recent developments is that McCabe’s counsel says DOJ has been selectively & improperly… https://t.co/gvOoi86jTS
— Joyce Alene (@Joyce Alene) 1568914495.0