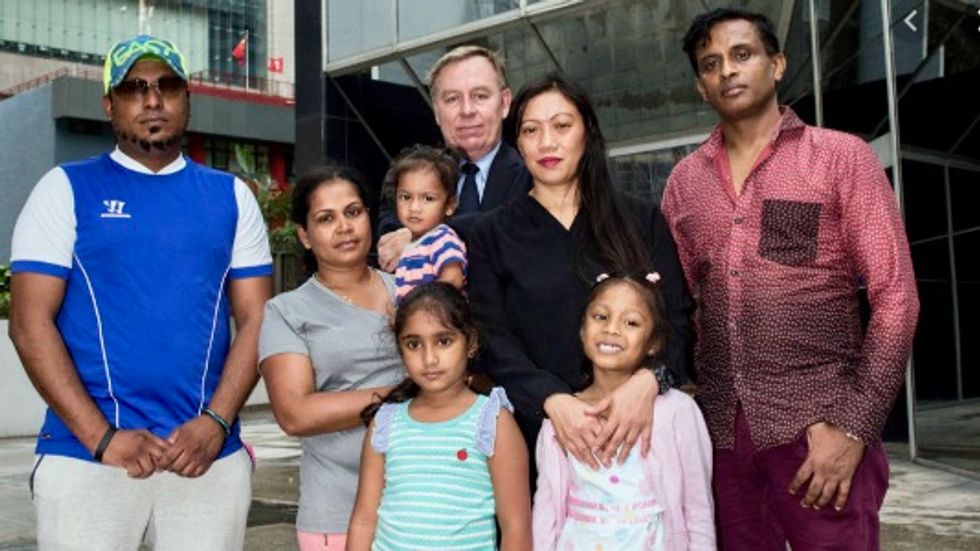 FRANCE 24 brings you an exclusive report on the hunt for Edward Snowden, who became one of the world’s most wanted men after leaking explosive confidential documents on US mass surveillance. Back in 2013, while on the run in Hong Kong, and before heading to Russia, the whistleblower was sheltered by a group of refugees. Our reporters Valériane Gauthier, Mohamed Farhat and François Rihouay went to meet Snowden's "guardian angels", who today find themselves in danger.

After he revealed the National Security Agency's illegal mass surveillance programmes in 2013, Edward Snowden received help from some unlikely accomplices. Four refugees and their lawyer allowed the whistleblower to escape and stay under the radar, at a time when he was the world’s most wanted man.

For 13 days, they sheltered him in their tiny apartments located in the poorest area of Hong Kong, home to the marginalised community of asylum seekers. The mastermind behind the idea of hiding the American fugitive in plain sight was Robert Tibbo, a Canadian human rights lawyer, well known for defending asylum seekers in the region.

Snowden told FRANCE 24 he believes he owes his life to these unexpected allies, who could have turned him in at any time: “They could have written an email to the CIA and they could have gotten a big cheque or they could have finally gotten asylum in exchange. But they would have had to do it by selling someone into a grave. And for that, I’ll never be able to repay them.”

But since their identity was revealed, especially with the release of the Oliver Stone film "Snowden" in 2016, these refugees are being persecuted by Hong Kong authorities. Arrested on several occasions, they have been questioned about their ties with Snowden. The little welfare they received from the government has been cut. Today, they all live in constant fear in Hong Kong. If deported to their home country of Sri Lanka, they could face imprisonment, torture and even death. All of them have applied for asylum in Canada.

One of them, Vanessa Rodel, a Filipino national, has been granted refugee status. She arrived in Montreal in May with her daughter Keana. They are now permanent residents in the country. But Keana’s father Supun Kellapatha remains in limbo in Hong Kong with his two other children, seven-year-old Sethumdi and three-year-old Dinath; a father and his children who are suffering from this painful separation.

Vanessa and the refugees’ lawyers are calling on Ottawa to act quickly to welcome the remaining refugees to safety. But the Canadian immigration services seem to be delaying any action.

"Contrary to UN Guidelines and Canada’s legislative framework for reunifying refugee families, Canadian Prime Minister Justin Trudeau has fragmented a family by separating the seven-year-old Keana, now in Montreal, from her father, brother and sister," the Snowden refugees’ lawyer Robert Tibbo told FRANCE 24. "These actions by Trudeau and continued inaction to reunite this family in Canada appear to be taken from a page in US President Donald Trump’s playbook."

From Moscow, where he lives in exile, Edward Snowden is also trying to help his saviours. On FRANCE 24, he appealed directly to Canada: “Please protect these families, just bring them to Canada. These are the best kind of the people we have among us anywhere in the world and they need your help.”

As for Oliver Stone, he has written to Trudeau. He told FRANCE 24: "The remaining Snowden refugees in Hong Kong are experiencing two nightmares. The first fear of being sent back to Sri Lanka to face torture and death, and the second currently being played out by the Hong Kong government persecuting them. Mr Trudeau continues to delay bringing these families into Canada, including two stateless children, similar in age to Trudeau's own children, who should have been brought to safety and reunited with their sister Keana in Montreal."

From Hong Kong, where they still live in squalour, the remaining refugees dream of a new life in Canada: Supun and Nadeeka would like to "work for an NGO in order to help other refugees", while Ajith sees himself as a "wood craftsman in Quebec". Even if they now feel they paid a high price for helping the man who has become Washington's bête noire, Snowden’s “guardian angels” say they have no regrets. 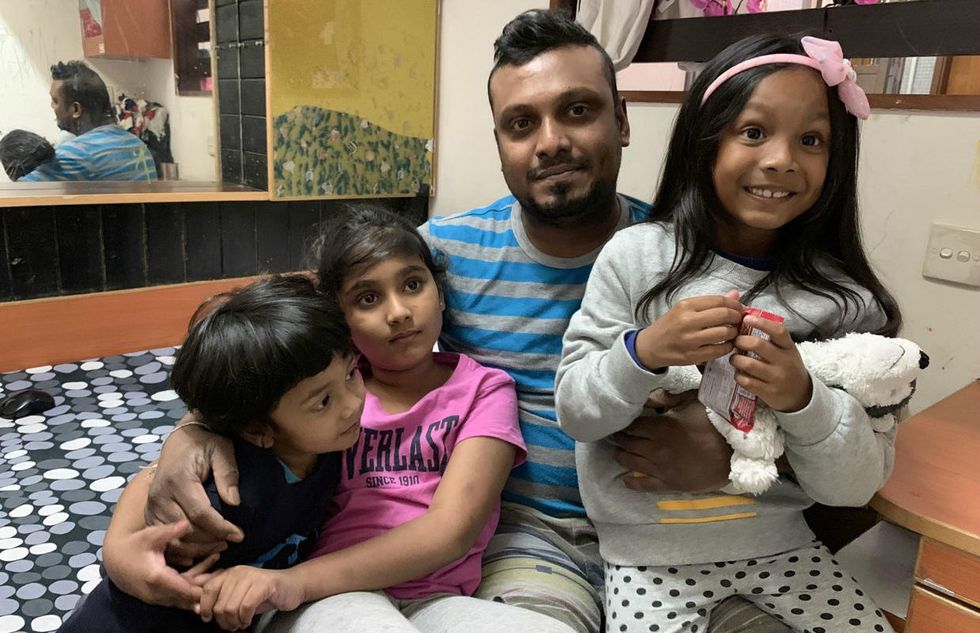