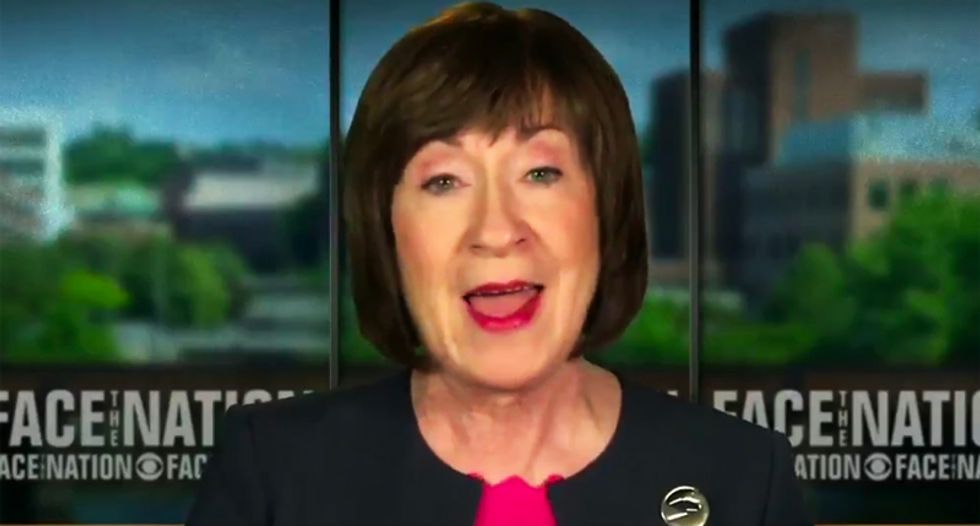 Sen. Susan Collins's (R-ME) decision to back the confirmation of Supreme Court justice Brett Kavanaugh could prove to be very costly for her political career.

The Bangor Daily News reports that three unions who have endorsed Collins's candidacy in the past -- Bath Iron Works Local S6, the Laborers' International Union of North America Local 327 and the Maine State Police Association -- are still on the fence thanks in no small part to her Kavanaugh vote.

Jay Wadleigh, a former president of the machinists’ union who now works in the Lisbon office of the International Association of Machinists and Aerospace Workers, tells the Bangor Daily News that he expects union members will have a "huge debate" over whether to back Collins in 2020 because of her vote to confirm Kavanaugh, who drew criticism from the AFL-CIO for purportedly having "a dangerous track record of protecting the privileges of the wealthy and powerful at the expense of working people."

Collins has long been a popular figure in Maine, but her approval rating has plummeted during Trump’s presidency, which has led her to hedge on whether she really wants to run for another term in the Senate. Collins's seat figures to be a prime pickup opportunity for Democrats heading into 2020, as President Donald Trump's approval rating in the latest Morning Consult poll stands at just 42 percent in Maine, with a disapproval rating of 55 percent.