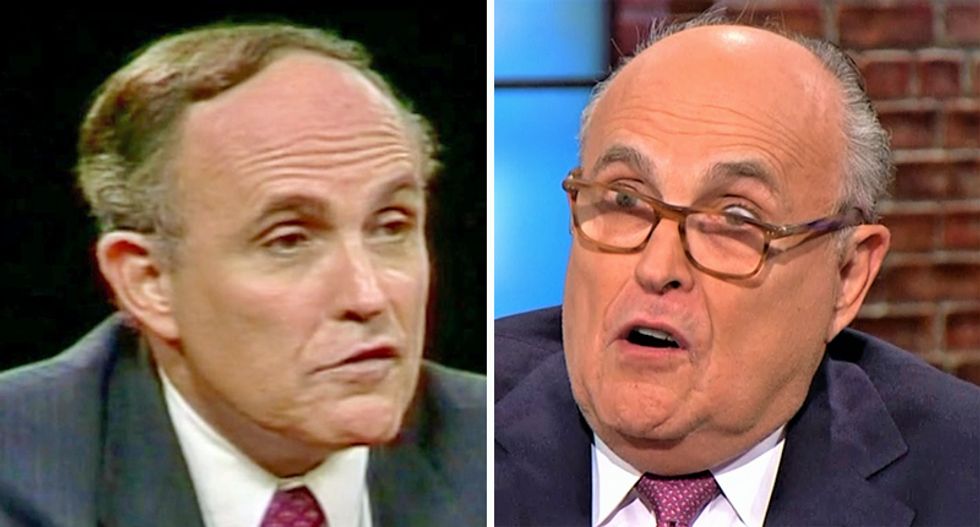 Former prosecutors who worked for Rudy Giuliani when he was the U.S. Attorney for the Southern District of New York are reportedly shocked by the transformation he has undergone during the Trump era.

"New fallout today as eight of the president's allies -- including Rudy Giuliani and Kurt Volker -- are implicated in the whistleblower complaint," MSNBC's Alex Witt reported. "That is in addition to a dozen White House officials and lawyers."

"Joining me now is Nelson Cunningham, former federal prosecutor and Clinton White House lawyer -- welcome back to the broadcast," she said. "Can I just say, 'You are the man!' Look at the connections that you have to so many people involved here."

"So, I'm curious, given all that we know about his role in this Ukraine situation, how do you think he has handled this?" Witt asked.

"Well, you know, last year a group of us got together for a reunion. We had all been hired by him years ago, we've all gone on to do other things," Cunningham replied. "Over dinner, we looked at each other and we all agreed we don't know this Rudy Giuliani. This is a different Rudy Giuliani than the man that we knew, who was always hard-charging but was always deadly careful and I'd say fired with dead aim."

"That's not the Rudy Giuliani we're seeing today," he added.

"I'm going to add to that and say I was a local news reporter here in New York when he was the mayor of New York City. I would say the same thing from a journalistic perspective here for sure," Witt said.

"Do you think Giuliani could be the person to take down the Trump presidency?" she asked. "What has changed about him?"

"I think he's become a television lawyer, which I think is why Trump loves him so much," Cunningham answered. "He goes on television, he's a lawyer on television. He plays a lawyer that's an over-the-top lawyer. He's good at making situations look messy, very good at saying things and walking them back. he's very good at creating an awful lot of confusion."