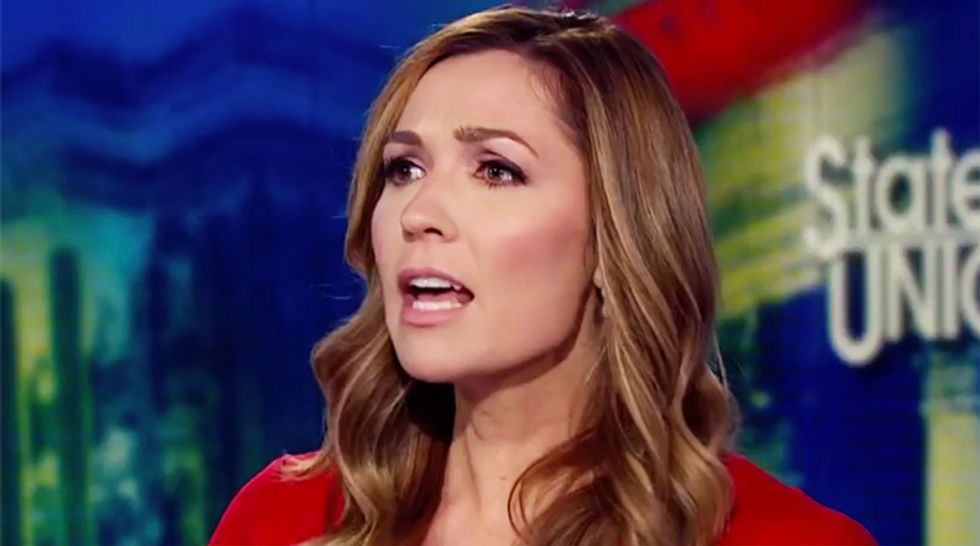 Neither of the two conservatives sitting on Sunday morning's CNN "State of the Union" panel were pleased by President Donald Trump plan -- now aborted -- to invite Taliban leaders to Camp David during the same week the country will be mourning the victims of the 9/11 attack.

Sitting down with host Jake Tapper, GOP consultant Scott Jennings -- who can normally be counted on to defend anything Trump does -- was appalled by the timing, saying he was "angry" and that Republicans are likely furious with the president too.

However it was CNN regular Amanda Carpenter -- who previously wrote speeches for Texas Se. Ted Cruz (R) -- who gave voice to the anger of many who are still stunned by the Trump announcement.

"I couldn't even imagine what the Republican reaction would have been [if President Obama would have done the same]," Carpenter exclaimed. "I share Scott's feelings, my blood is boiling over this."

"And I'm left wondering: what was the plan here?" she continued. "How was the Taliban going to get to U.S. soil? Was the U.SW aircraft going to ferry them over? would the U.S. military going to give them a ride? What was the purpose of this, so President Trump could announce some kind of fake peace plan the day of 9/11 without any preconditions, without a day of cease-fire?"

"What were they thinking?" she added, her voice rising. "I really want to know what the plan was before it went haywire."