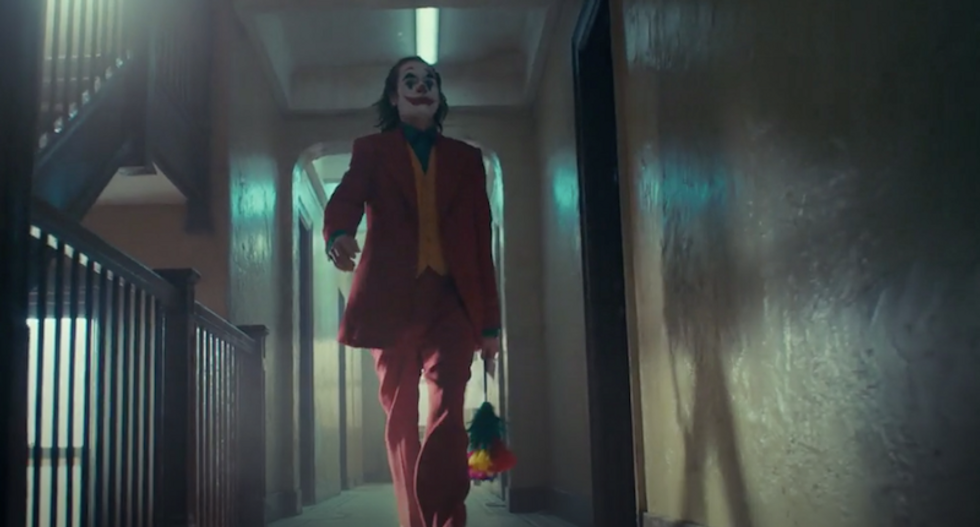 In 2012, James Holmes walked into a movie theater in Aurora, Colorado, showing The Dark Knight Rises and unloaded a hail of bullets, killing 12 people.

With the film's sequel, The Joker, slated for release soon survivors and family members of the victims are urging Warner Brothers to take release the film in a socially responsible manner, reports the Hollywood Reporter. They're not calling for a boycott. Rather, they want the company to donate to anti-gun advocacy groups and victims' funds.

“We are calling on you to be a part of the growing chorus of corporate leaders who understand that they have a social responsibility to keep us all safe,” the letter says.

The group also demanded that Warner Brothers' CEO cease political donations to candidates who take NRA money. They also called on Warner Brothers’ leadership to “use your political clout and leverage in Congress to actively lobby for gun reform. Keeping everyone safe should be a top corporate priority for Warner Brothers.”