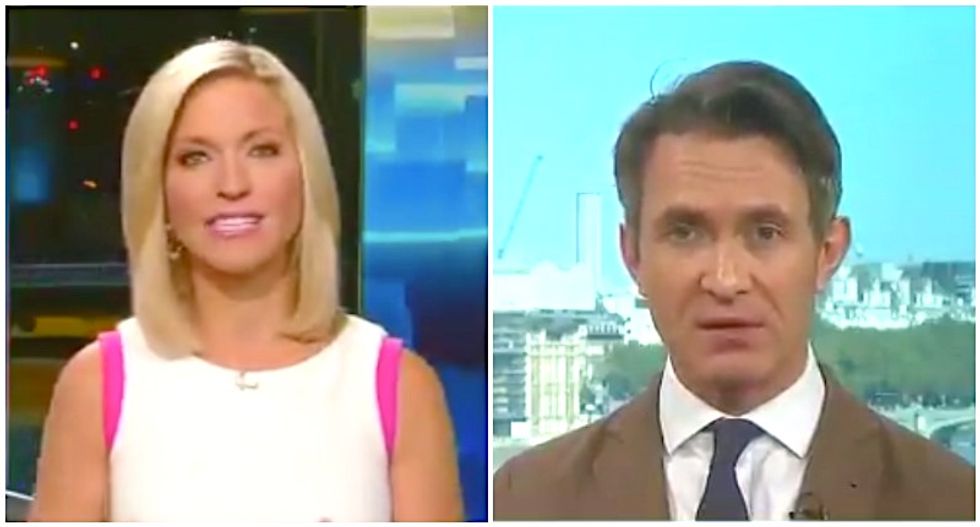 A British writer popular with white nationalists appeared Thursday morning on "Fox & Friends" to argue that "common sense" ideas about identity had been turned into a "hate crime."

Anti-immigrant activist Douglas Murray -- author of "Neoconservatism: Why We Need It" and "The Strange Death of Europe: Immigration, Identity, Islam" -- spoke to Fox News host Ainsley Earhardt about his viral essay, "Vacuous liberal wokeness is now beyond parody."

"You say that 'liberal wokeness' turned beliefs that once seemed like into hate crimes," Earhardt said. "What used to be considered common sense that's now a hate crime, in your opinion?"

Murray, a contributor for the online "Prager University" lecture series, met strong pushback on his views earlier this week on BBC's Radio 4, but Earhardt allowed him push his reactionary points without challenge.

"Well, we have been through a period in America and the rest of the West in recent decades where we have amazing rights attainments, amazing set of things," Murray said. "Racial equality, equality for women, equality for sexual minorities, and it's almost as if, in recent years, we haven't been able to cope with the idea of getting to equality. We've raced back past that."

Murray insisted that minority groups should be satisfied with their gains, but also not force anyone else to recognize them.

"This is all like seeing a train pulling into its desired destination and getting ahead of steam and shooting off down the tracks scattering people in its wake," he said. "Because all of the time these days there are culture wars being fought over all of these issues -- over LGBT issues, over relations between sexes, over racial issues."

"It's never been better than this," Murray added. "We are portraying things as if it's never been worse. All of these identity issues are being weaponized for I think purely political purposes."