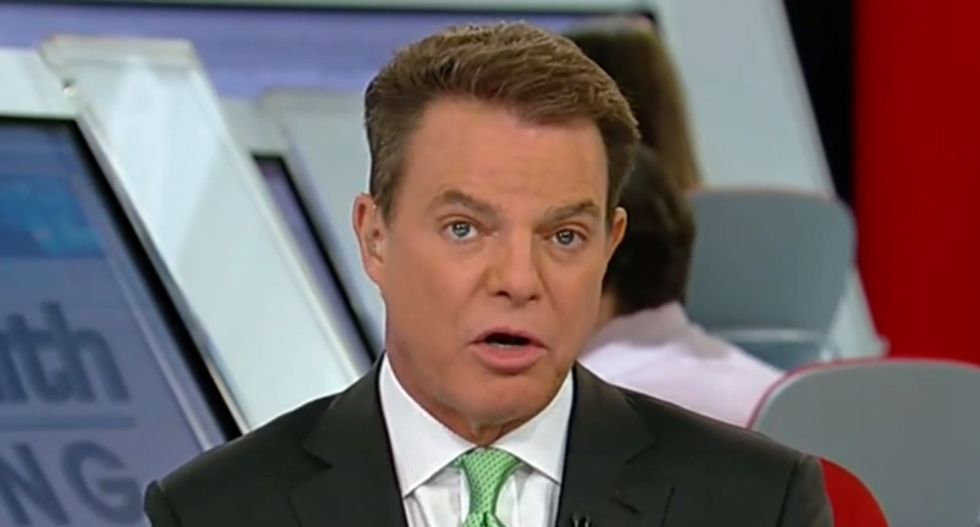 On Wednesday, President Donald Trump said he's weighing a nationwide ban on e-cigarettes, after a handful of user deaths. Critics questioned if an executive order on a product that appears to help people quit cigarettes was wise. At the same time, there appears to be mounting evidence that the e-cigarette industry--particularly JUUL, the most successful company--advertised to children and may have skirted adequate regulation.

On Fox News Monday, Shepard Smith had e-cigarette industry lobbyist Tony Abboud on his show—and proceeded to grill him about his products' safety.

"Vaping, we know from scientists, is that vaping is safer than smoking cigarettes," Abboud said. Shepard promptly cut him off.

"No, it isn’t. Actually that’s not true. Because I have a Google machine and access to the research, which is worse, smoking or vaping?" Smith proceeded to read from a documents." "E--cigarette vapor may not result in an obvious smell or the traditional smoke from traditional cigarettes, it still has a negative impact on air quality, especially when vaping indoors. No long-term studies to back up claims that vapor from e-cigarette is less harmful than conventional smoke. Why do you push that line?" he asked. Abboud cited research from the Royal College of Physicians in England.

"We don’t live in England," Smith snapped. "Is it safe to vape?"

"American Lung Association says, quoting, 'E-cigarette’s are not safe and can cause irreversible lung damage and lung disease," Shepard noted. "That’s what they said."

"Can I get cancer from vaping or no?" Shepard asked.

"We actually do know. We know nicotine — we do know that. Here’s the thing, the reason I’m trying to get answers to pointed questions that aren’t evasive or dodging is because for decades, there was an industry that hooked generations of people on a substance that kills us. People didn’t know, this is going to kill me, like my mom didn’t know, I’m going to smoke for 50 years and then I’m going to die with bad COPD because nobody told her at the beginning. It doesn’t feel like your industry is being completely safe with us when you say we don’t know. We do know. It definitely pumps carcinogens into our bodies. This is undeniable," he said.

"You are looking at individual studies," Abboud said.

"You’re trying to draw correlations...even the FDA has looked at the significant harm reduction potential that e-cigarettes have."

"Were they marketed to children or no?" Smith asked.

"Where they marketed to children?" Smith demanded to know.

"That’s what I’m saying. That’s part of the problem," Abboud tried to dissemble.

"I asked, where they marketed to children, yes or no?"

"I think I said yes, in the past that was in fact happening. That’s why we came out with marketing standards for the industry in 2017 and hand-delivered to commissioner Gottlieb in January of 2018 and implored him to enforce marketing standards even more than we told our industry this is what you need to do," he said.

"Weren’t the flavors marketed to kids?"

"Were they or not? Flavors, bubblegum, the rest. Even mint. Weren’t they for kids?" Smith asked.

"That is not true. That’s not what the science says," Abboud tried to argue.

"I’m talking about the idea behind it all. When you make stuff called fruity or creme brulee, are you marketing it toward adults who have smoked their whole lives and want to stop, or more towards children who haven’t picked up the smoking habit but might be good?"

"The answer is you're marketing to adults, there’s no question about that," Abboud said.

"There is a question about it, sir, with respect," Smith said. "There is a great question about it. The problem is with children. We have a whole generation of kids who realized smoking is nasty and I’m not going to do it and now they are running around in schools all over the country in bathrooms where the teachers can’t catch them, they are getting addicted to nicotine," he said.

"Do you have a problem being in an industry that addicts children to nicotine. You are," Smith said. Abboud insisted that the industry was imposing regulations. Smith then brought up the president's proposed ban.

"How about the tools that the president said today, banning the flavors because kids like the flavors. Is that a good idea? Ban them all, including mint?" Shepard said.

"Is it a good idea?" Smith asked. Abboud pointed out that it's not a good idea from a public health policy perspective.

"People return to smoking. It’s not a good idea," he said. "Adults are relying on these flavors to quit smoking. When that happens, when they want to get away from the tobacco flavor, what effectively is going to happen is you’re going to allow those people, the only flavor on the market is tobacco and that’s the product sold by big tobacco and not by the 22,100,000 vape shops around the country. What people don’t realize is that —" Abboud said.

He cut him off again.

"People don’t realize a lot of things because the manufacturers of these products and people in your association have, some would argue, been less than completely honest with everyone," he said.

"I am a father," said Abboud. "There’s no question we have to deal with this issue as we deal with sex, drugs, all the issues we deal with. When it comes to drugs, we tell our kids you’ve got to stay away from these things especially because it’s the black market products. Black-market THC products is driving this narrative recently and that hasn’t been getting the attention it needs."

"Changes are coming. A bunch of kids are hooked. They are going to see what they can do. Nice of you to be here. I appreciate it," Smith said, ending the segment.