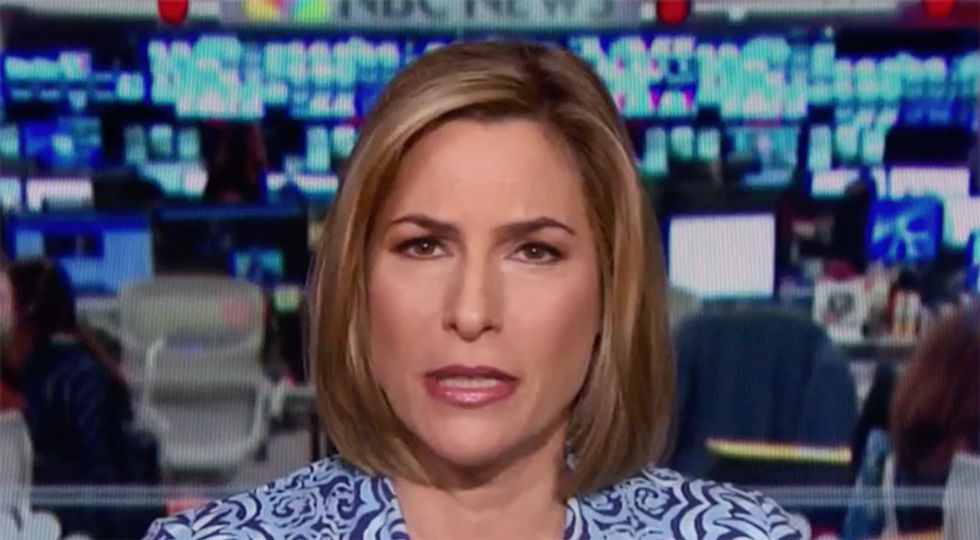 According to a Republican political analyst, GOP lawmakers are so frightened to comment on Donald Trump's Ukraine bribery scandal that they are sticking strictly to the talking points emailed to them -- as well as Democrats in error -- by the White House so they don't later find themselves cornered by another revelation.

Speaking with MSNBC host David Gura, Susan Del Percio said some Republicans who are in swing districts are finding themselves over a barrel when it comes to defending the president.

Noting GOP lawmakers have admitted that they have yet to read the whistleblower report accusing the president of trading aid for dirt on former Vice President Joe Biden and his son, Del Percio pointed out that they managed to d find time to read the White House talking points as evidenced by their responses to reporters.

"Apparently, they are not willing to read a five or six-page document but talking points instead," she remarked. "Maybe that's because the president is doing that -- he doesn't like to read and maybe they're following his lead."

"This is a problem that the Republicans are facing because they are so afraid of what they don't know," she continued. "It is important as the White House tries to discredit the whistle-blower."

Addressing the White House pushback against the complaint, she stated, "They can do all the talking and razzle-dazzle they want, but the facts are there. I hope that's what we see in the intelligence committee, they pursue the facts and use it as a guideline because it really will help present the case much better to the American public."