'Giant step closer to someone finally having their hands on' Trump's taxes: former deputy assistant AG 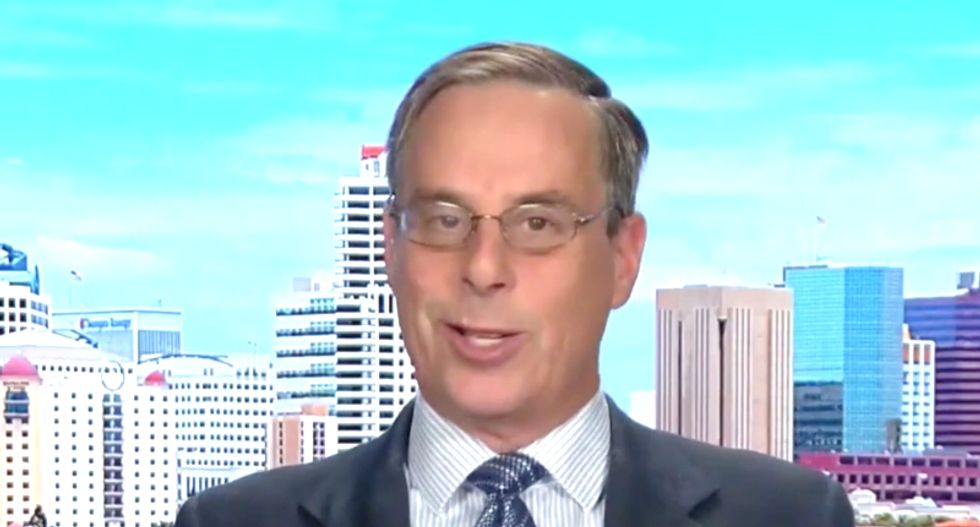 The DA's office demanded eight years of Trump's taxes from his accounting firm while Trump's allies in his cabinet have defied subpoenas and refused to comply with the Constitution.

MSNBC host Nicolle Wallace opened the segment saying, "we may be one step closer to seeing Donald Trump's tax returns."

Even conservative A.B. Stoddard said that it was unprecedented that an administration would consistently refuse to present subpoenaed information.

"Even now under the Manhattan D.A. they can do a lot of damage and they’ve laid a lot of groundwork for a lot of evidence," Litman said. "Now [Michael] Cohen appears to be cooperating with them as well. So, this really does open a new front in the whole war about getting his tax records. Notice they would still be secret if the D.A. got them. But as opposed to the federal campaign where they’re trying to get them from the secretary of treasury who’s resisting, for no good reason, here it’s just going to be straight New York state, the same records and a private accounting firm that has said they will cooperate. This really does, as you say, make it a giant step closer to somebody having their hands on them.

Stoddard went on to say that she doubted the public would see the taxes, but the government and the Congress may finally have access. Wallace noted that Trump lied to the public and his own supporters when he claimed he would eventually turn over his taxes or he would make them public. During the 2016 election, Trump said he had to finish an audit before he would finish them. Once the audit was finished, Trump still refused to turn them over.