Giggling Fox & Friends hosts gloat over Lewandowski hearing: 'He gave as good as he got!' 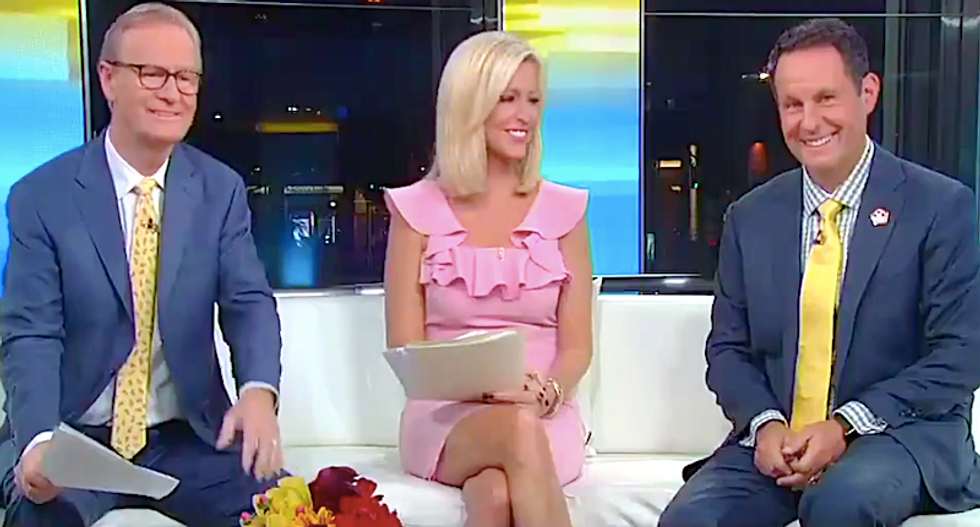 The hosts of "Fox & Friends" giggled and gloated over Corey Lewandowski's contentious appearance before the House Judiciary Committee.

President Donald Trump's former campaign manager claimed executive privilege over testimony he gave before special counsel Robert Mueller, admitted he had lied in TV appearances and cracked jokes during five hours of testimony -- and the Fox News hosts were delighted.

"He gave as good as he got," said co-host Steve Doocy.

Co-host Ainsley Earhardt was laughing so hard she could barely speak.

"She said the truth shall set you free," Earhardt said, quoting Rep. Sheila Jackson Lee (D-TX) through guffaws. "'Answer the question,' there was no question."

Co-host Brian Kilmeade opened the segment by declaring Lewandowski the winner of the hearing that opened what could become an impeachment inquiry.

"In the most predictable sense of combat you could possibly imagine," Kilmeade said, "nothing was done and Democrats are left beyond embarrassed."