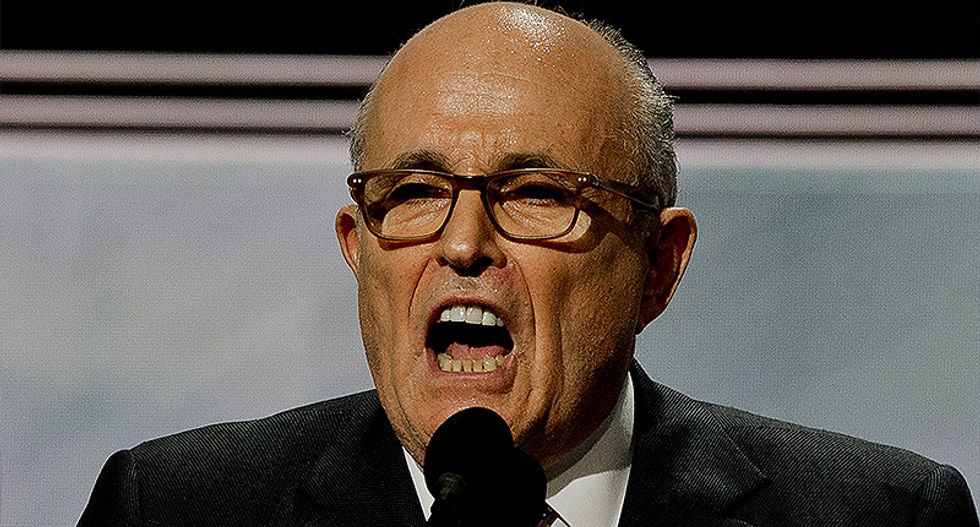 President Donald Trump's personal attorney Rudy Giuliani has a new twist on the new Trump-Ukraine scandal. Despite the New York Times revealing the intelligence official who filed a whistleblower complaint against the president that has led directly to an impeachment inquiry is a CIA agent, Giuliani is insisting he's the whistleblower.

“I’m the real whistleblower,” Giuliani told Politico, which adds he "claimed to possess more damaging information and insisted that he, too, should be entitled to whistleblower protections."

“If I get killed now,” the former NYC mayor warned, “You won’t get the rest of the story.”

Politico took a deep-dive look into the Ukraine story, and it turns out this has been going on at least for months.

“Everybody,” Giuliani added, “thinks Soros is at the bottom of it.”

Soros is billionaire philanthropist George Soros, probably the number one most wrongly-blamed liberal and subject of the right's insane conspiracy theories.

"Asked on Wednesday about Giuliani’s project," Politico concludes, "a spokeswoman for Soros’ philanthropy, the Open Society Foundation, responded with laughter."