GOP desperately trying to dump the 'dregs' of the party over fears of another election wipeout: report 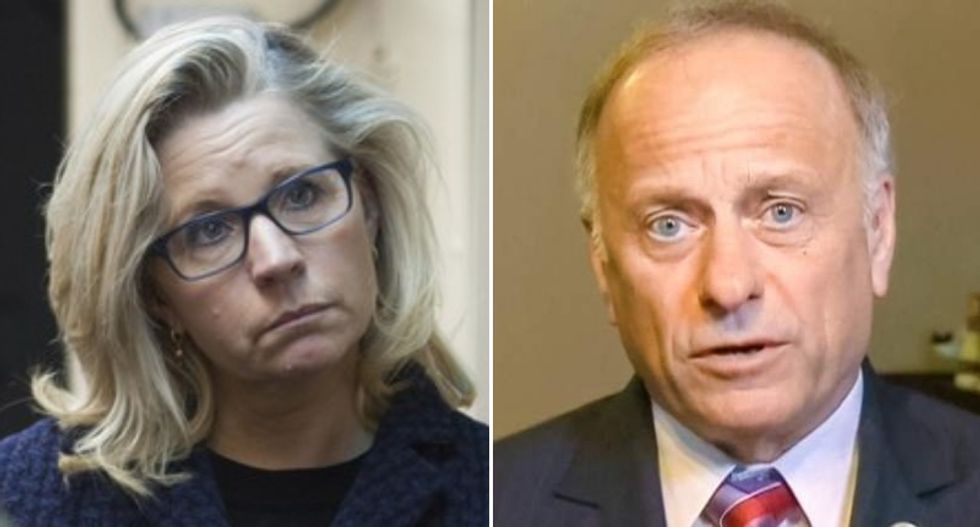 Faced with what is expected to be a high- turnout 2020 election with Donald Trump on the ballot, Republican leaders are working behind the scenes to primary several incumbents who face certain defeat should they survive and make it to the general election.

According to Politico, "Party officials normally hate primary challenges and all the messy drama that comes with a family feud. But this cycle, Republicans see an opportunity to clean out the dregs of the GOP."

After losing big in the 2018 midterms, high-ranking members of the Republican leadership are looking hard at the re-election prospects of several candidates -- including several who are under criminal indictment -- and are actively encouraging challengers to take on the incumbents.

As GOP strategist Liz Mair put it: "You have a lot of people who have been concerned for many, many months now about finding some way of getting rid of some of these guys. There is a sense that we either clean House, or Democrats take those seats.”

Of particular concern to Republicans is the seat held by embattled Rep. Steve King (R-IA) whose fortunes took a turn for the worse after he made a bizarre defense of rape and and incest as a way to keep white populations up.

According to the report, "King, who has been condemned by both parties for racist and inflammatory remarks, set off alarm bells in the GOP last year when he nearly lost to a Democratic challenger, despite representing a Republican stronghold in the heart of Trump country. Now, King is in the political fight of his life, as four Republican candidates — led by state Sen. Randy Feenstra — have mounted a challenge against the embattled nine-term incumbent."

Adding to his problems,Rep. Liz Cheney (WY) — the No. 3 Republican in the House — has called on King to step down stating, "As I’ve said before, it’s time for him to go. The people of Iowa’s 4th congressional district deserve better."

Referring to King as well as Reps Chris Collins (R-NY) and Duncan Hunter (R-CA), who are both under federal indictment, Mair said the sooner they are gone --either through resignation or losing in the primary -- the better.

“If I were sitting there as NRCC chair, I would want to dump these guys, all three of them, in the trash," she bluntly stated.

Politico adds, "Some strategists argue that tough primary fights aren’t entirely bad for the party. The winner can emerge battle-tested and better prepared to absorb attacks from Democratic opponents. But if Republicans rip each other apart in a nasty primary, it could also bruise the nominee while straining relationships inside the party."

“Primaries pit families against each other. ... You will have accusations of backstabbing and being a traitor,” Republican strategist Doug Heye explained. “And that’s why they can become especially negative and do so very quickly.”