'He didn't do nothing': Black kids confront white Philly cops as they terrorize innocent student at bus stop 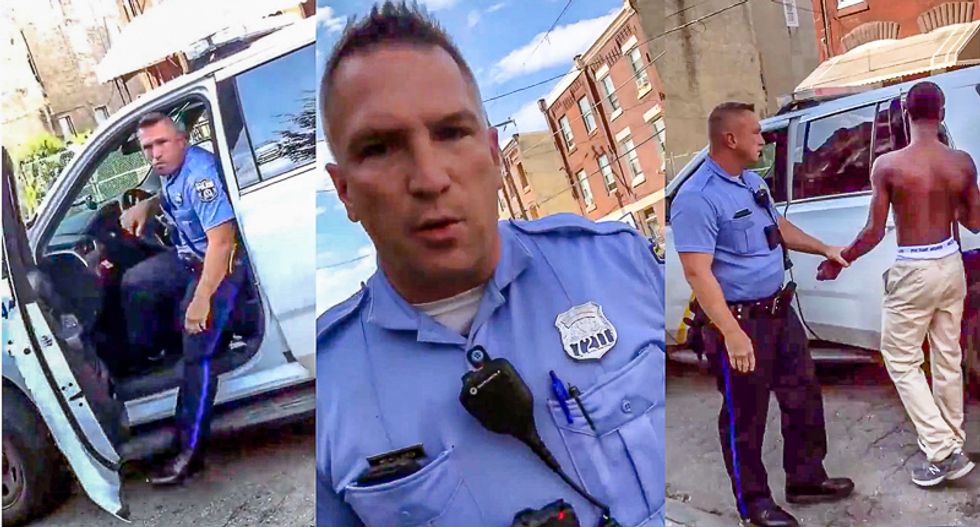 A group of children called out Philadelphia police officers who said that they wanted the kids to be "shaking" from the confrontation.

Video posted on social media over the weekend shows a white officer telling a shirtless African-American boy to get in his police cruiser.

The video was posted by Twitter by a user named Asia who claimed to be a student waiting for her bus.

"Start walking," the officer says as one of the students explains they are at the bus stop.

"Something is obviously going on out here," the cop insists.

"He didn't do nothing," one student shouts at the officer.

"He just rolled up on him," another student notes.

"This Happened in Philadelphia,Pa on Thursday. A group of school kids and I were waiting for the bus at the bus stop when a cop car came to us," Asia wrote on Twitter.

Asia said that the officer eventually released the boy without explaining why he had been detained.

“Don’t forget to tell your friends you were shaking in a police car," the officer allegedly told the boy.

In total, four white officers surrounded the group of students.

The Philadelphia Police Department responded to the tweets by asking Asia to open a formal complaint.

Video of the incident had nearly 300,000 views by Sunday afternoon.