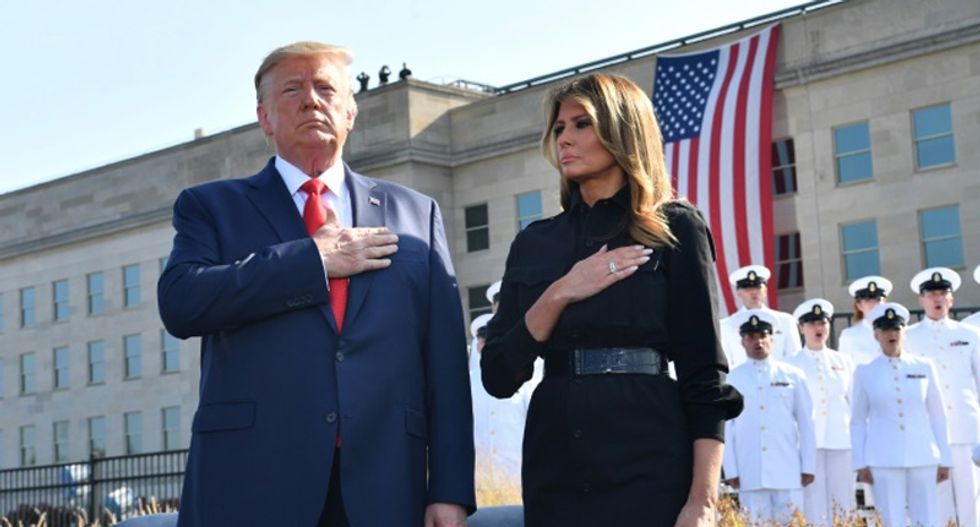 Donald Trump is not known for finessing foreign policy but for years prior to his election and during his campaign, he was mostly right about Afghanistan. He called it a “total disaster,” said it was “wasting our money” and that we should leave “immediately.”

It seemed that Trump understood the timeless – if sometimes historically inaccurate - tropes about Afghanistan being the “graveyard of empires” and home to “ungovernable” tribesmen who could outwit and humiliate the British, the Soviets – and us.

At the very least, drastic action was needed to end America’s longest-running conflict (18 years,) one that a recent Brown University report said has cost the U.S. 2 trillion dollars.

But it turns out Trump is the true “ungovernable” and the U.S. is now in the ludicrous position of being scolded by disappointed Taliban negotiators and even the Russian envoy to Afghanistan for dropping the ball on already agreed-upon peace negotiations.

He wanted a photo op and a high-ratings TV show, and when it didn’t work out, he canceled it.

After tweeting details of his failed and embarrassing secret plan to bring the Taliban and Afghanistan’s president to Camp David for peace talks just before 9-11 and calling the deal “dead,” Trump did more than just shoot himself in the foot.

In pulling the plug after a year of painstaking negotiations led by Trump’s Afghan-American envoy Zalmay Khalilzad, Trump may have doomed ordinary Afghans to many more years of violence and bloodshed, not just at the hands of the Taliban – but more likely from Afghan security forces and their U.S.-led international allies.

According to a shocking United Nations report in July, Afghan and American forces have killed more civilians this year than the Taliban have. Afghan and U.S. military were responsible for 52% of the deaths of more than 1,400 civilians and the wounding of 2400 others – in contrast to 39% blamed on militants, including both the Taliban and ISIS.

The BBC reported Monday that an average of 74 men, women and children were killed every day in Afghanistan throughout the month of August. One out of every five of the dead were civilians.

"The conflict has a devastating impact on civilians," Fiona Frazer, the human rights chief for the UN mission in Afghanistan told the BBC. "United Nations data strongly indicates that more civilians are killed or injured in Afghanistan due to armed conflict than anywhere else on Earth.”

The agreement that had been hashed out between the Taliban and the U.S. had called for the withdrawal of about 5,000 U.S. troops from Afghanistan in exchange for security guarantees from the Taliban. Trump bailed on the deal after the Taliban turned out to be responsible for a recent attack in Kabul that killed 12 people, including a U.S. soldier.

“He wanted a photo op and a high-ratings TV show, and when it didn’t work out, he canceled it.”

No one, apparently, was more taken aback by Trump’s decision to dump the peace talks than the Taliban themselves, according to the Afghanistan Times.

The Taliban still want the deal and even visited Russia recently where they consulted with Russia’s special envoy to Afghanistan who stressed the importance of the militants resuming talks with the U.S., the newspaper reported.

“This is a notable development, as it suggests the Taliban wants to underscore its continued interest in dialogue, even after President Trump pulled the plug on the US-Taliban talks,” said Michael Kugelman, deputy director of the Asia Program at the Washington-based Wilson Center told the AP.

“And how striking that the insurgents have chosen to telegraph a message of conciliation by engaging with Moscow, a key U.S. rival that has made great efforts to deepen ties with the Taliban in recent months.”

After witnessing Trump’s Camp David debacle, the Taliban’s Qatar-based spokesman Suhail Shaheen sounded more like a pious schoolmarm than one of the leaders of a powerful group that controls more than half of Afghanistan and terrorizes it with impunity on a daily basis.

“The US president's tweets took us by surprise,” Shaheen told Deutsche Welle. “We still don't understand how the US can call off the deal that took months to negotiate and finalize. This move has undermined the US' credibility.”